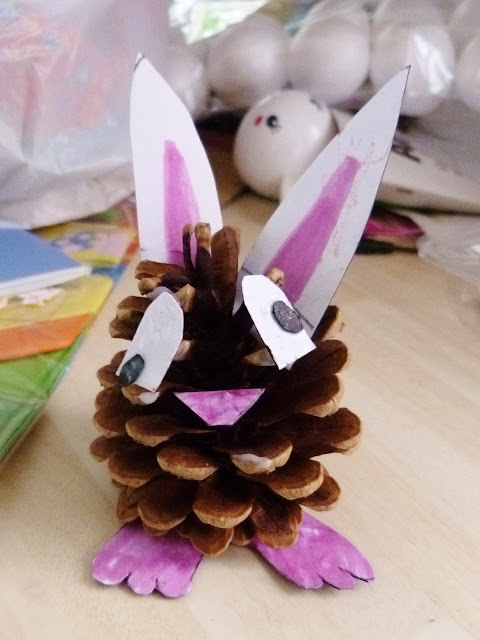 We have a huge bag full of pinecones from Honi and Harmonie's collection from the park and I've been wondering about the things that can be done with them and fiddled about and came up with this.
All you will need to make your own is: 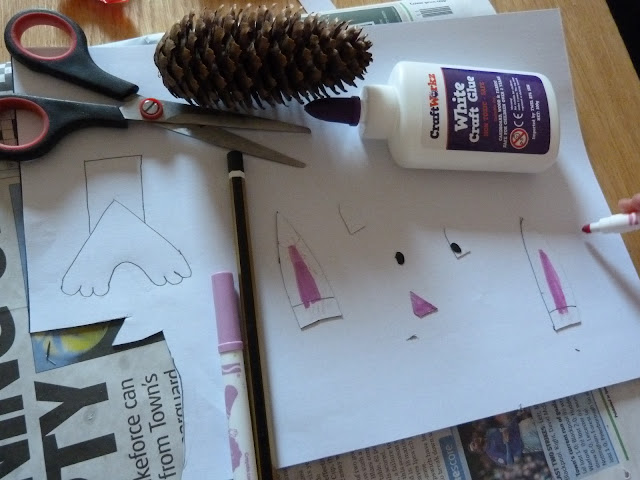 You will need to draw out bunny shaped ears (ours were 2 inches long), two eyes, a bunny shaped nose (triangular shaped) and feet like on the photo above.

You can use pens to colour them in. 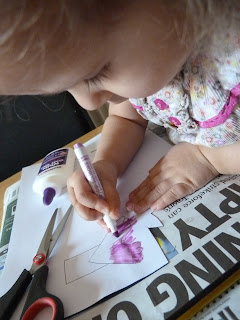 STEP TWO
To make the feet we drew out a heart shape changing the two bumps into paw shapes.

I drew an extra tab on this picture but ended up not using it, instead I looked for a pinecone with a flatter bottom.

A tip to remember:  Use a pincone with a flat bottom. 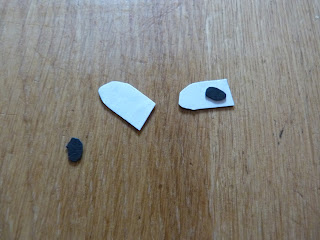 STEP THREE﻿
We did our eyes like this but you could just colour the dots in or use googly eyes instead. you could use a small pom pom for the nose.  It's up to you really.
STEP FOUR
The just let your little person stick them on using plenty of PVA glue... 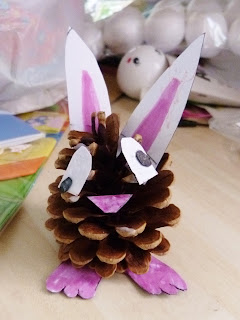 It doesn't matter if the eyes and ears aren't stuck on perfectly as it gives it character and all efforts should be praised.  My 2 year old helped me do this and I kind of like the way one eye is almost slipping off his face, it's Harmonie style.  She loves him which is great!
Honi made hers with a homemade pom pom.  An idea got from a fellow blogger who has recently made Pom Pom Chicks.