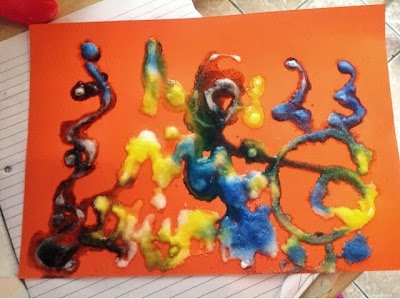 For science we did a bit of art Friday.  We painted with salt!
If you want to know how we did it and how it works read on...


You will need:
WHAT TO DO...
STEP ONE
Get your PVA glue and make pretty patterns on your piece of card.
Doesn't matter what the patterns look like or how much is used really just have fun! 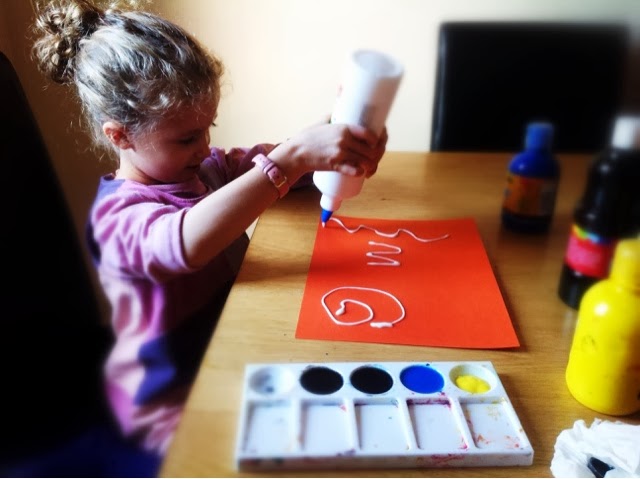 STEP TWO
Put your card on the tray you are using, if it's not already on it) and sprinkle salt all over the glue... 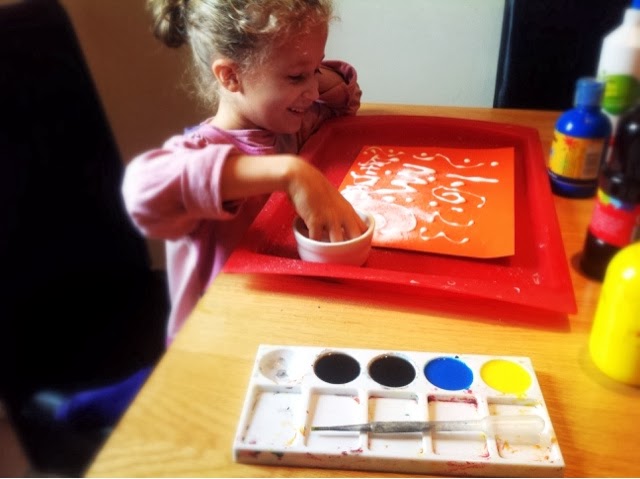 You want to use loads of salt, make sure that all the glue is covered with plenty of salt!
STEP THREE
Gently shake the salt off the paper into the tray.  You can carefully dispose of this or put it into a little bowl like we did in case the participant would like to make another picture afterwards. Let them feel the salt if they want too.  My Honi did instinctively!
You could talk about what it feels like, talk about texture and ask how it is different to the texture of plain paper or the clothes they are wearing. 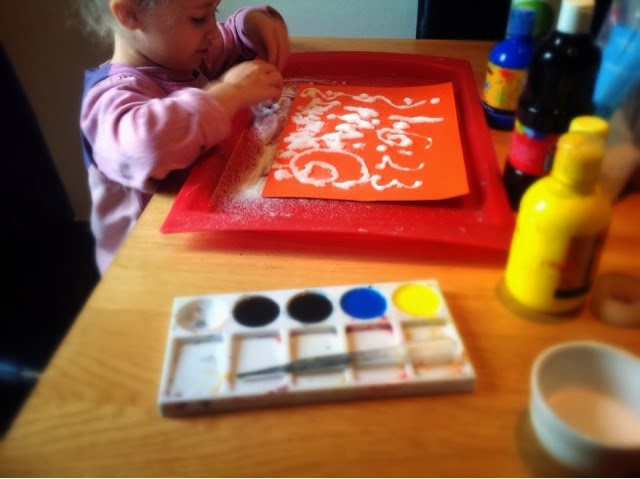 STEP FOUR
Now for the colour!  Using your pipette pick up some watery paint and drip, drop by drop and see what happens... 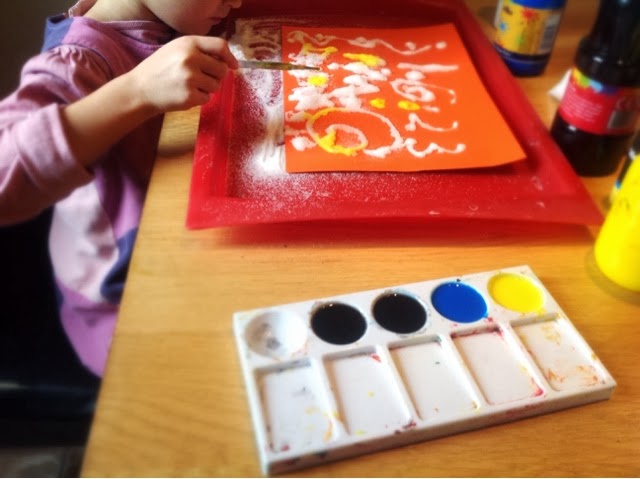 The paint trails round the salt, it grows around the picture magically!
Honi enjoyed seeing how many drops it took to make it trail round the furthest.
Why does this happen?
Here's the science of it happens because salt draws in water, it absorbs water.
So, as simply as possible, the salt surrounding the drop of water absorbs all it can then the salt around that will absorb what it can until there is no more water left for it to absorb.
Interestingly, I discovered after doing this project that salt is hygroscopic, which means that it absorbs water from the air even! It is hydrophilic, loves water!
It is because of this property it has that salt is used as a dehumidifier, as by taking the extra moisture out of the air reduces the chances of mould growing on walls in bathrooms, garages and cellars or in small spaces like kitchen cupboards.
Crystallisation also occurs with this sort of painting which makes it sparkle and has given me a few other arty crafty ideas, especially with the winter nearing!
KEY SCIENTIFIC WORDS...
Here's 2 of the three raised salt and glue paintings Honi made... 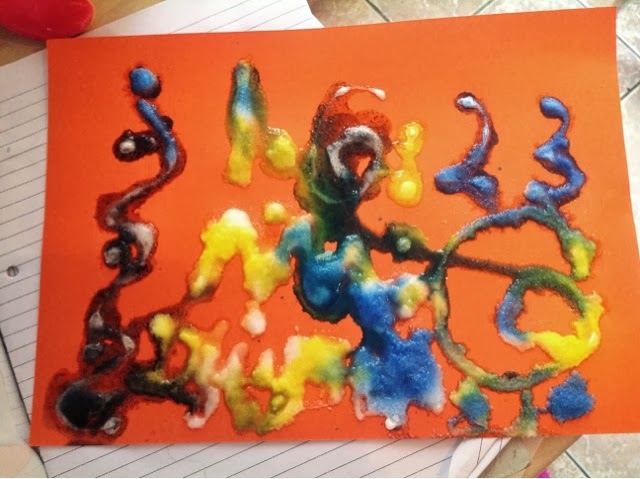 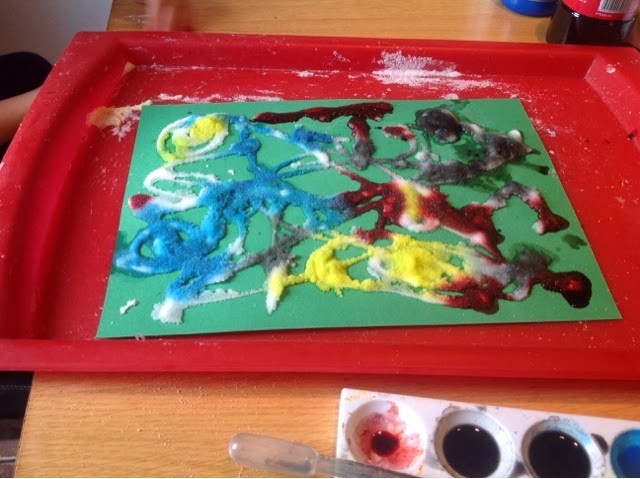