Science: What is Blood Made Of?

We've just been learning about bones and how bone marrow makes blood so this led on to the question:

WHAT IS BLOOD MADE OF? 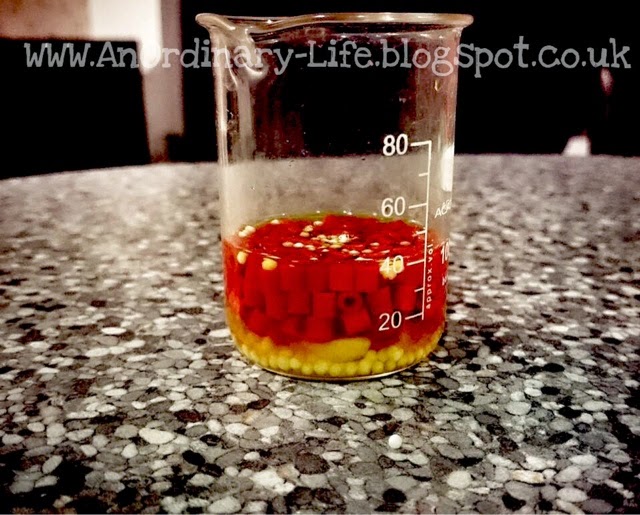 First I made a model of blood with the girls, as I went I explained what each part was and some facts about it.

What you will need to make this model is... 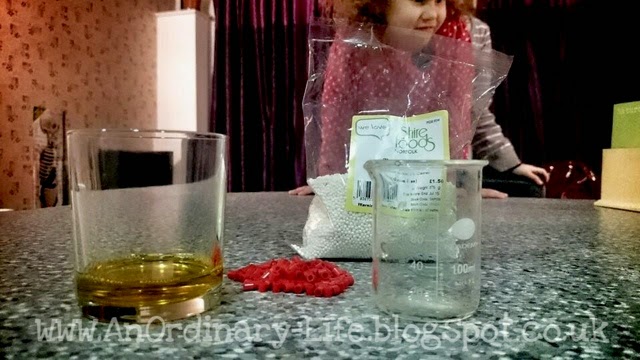 Blood is made of four main parts:

Here's how to put your model together and some interesting facts to learn along the way!

In your measuring beaker add 20ml of Hama beads.

The Hama beads represent the Red blood cells in our blood.

They are really more like a doughnut shape with a indented centre as opposed to a hole but I thought the hama beads were a good representation in regards to the shapes size and colour combined.

Add a small amount of cashew nuts. Two or three is enough.

Now add quarter of a teaspoon of uncooked tapioca to your jug. This tapioca represents the platelets in your blood.

Platelets are important in the body as they help to form clots to stop bleeding and help the body to repair itself.

If one of your blood vessels gets damaged it sends out signals.  These signals are picked up by the platelets that quickly rush to that area and form a plug or a clot to repair the area.

Now add 20ml of water dyed with a drop or two of your yellow food colouring to your measuring jug.

This yellow liquid represents the plasma in your blood. Plasma, when separated from the rest of the contents of blood, is a straw-yellow coloured liquid in which the blood cells and the platelets float in.

Something else you could try...

If you want you could use some play dough and make a more precise shape of a red blood cell, White Blood cell, Platelet and Plasma.
Posted by Lisa Gwinnell at Tuesday, February 03, 2015