Get this for an explosion! 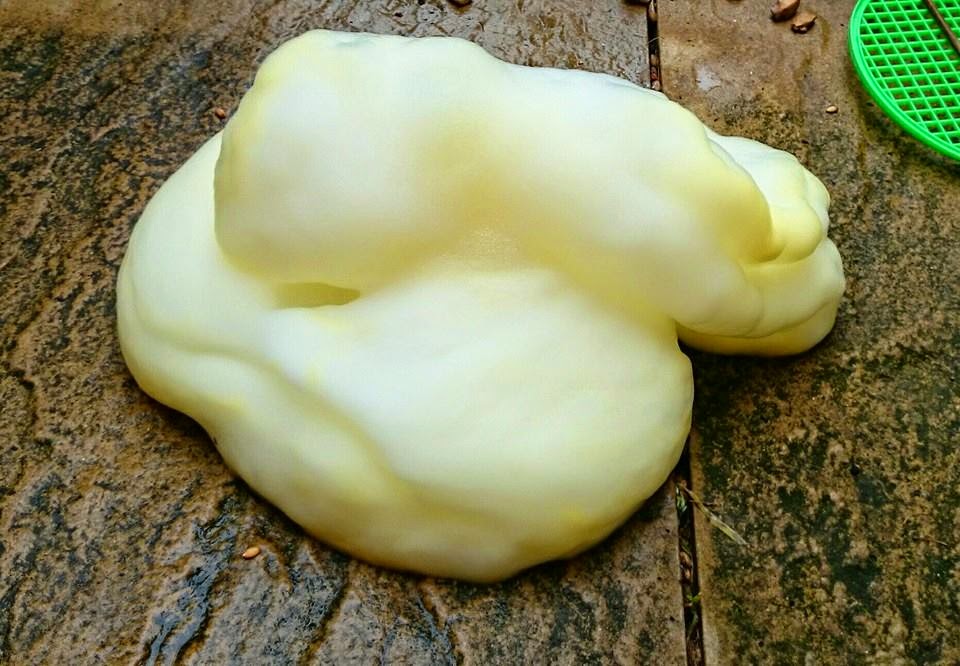 This experiment shows the decomposition of hydrogen peroxide, it is otherwise known as Elephant toothpaste!


The chemical formula for hydrogen peroxide is H2O2.  It's very similar to the formula for water, but Hydrogen peroxide has an extra 'O'- oxygen.  Hydrogen peroxide is not a very stable compound; it is always decomposing to water and oxygen.
2H2O2  decomposes into:  2H2O + O2
Usually this happens very slowly as it will only do so when it reaches the right activation energy level.
However, in this experiment we add a catalyst, which is like a shortcut; in this reaction we use yeast as a catalyst, which catalyses the decomposition - basically this means the yeast speeds up the process of decomposition.  It does speed up the reaction but not because it lowers the activation energy level, it just provides an alternative way for the reaction to occur, a quicker route.
The catalyst itself is chemically unchanged right throughout the experiment - all catalysts are this way.

If you add to this a little soap you create foam, add a little food colouring you get coloured foam!

This experiment really is best done in or next to a sink!  It is safe to touch at the end as the hydrogen peroxide is broken down only into water and oxygen.

Equipment and Chemicals required:
How to perform your experiment!


Mix 50ml hydrogen peroxide with 25ml soap and a few drops of food colouring if you fancy it.
STEP TWO

Put this mixture in the bottle and place in or next to the sink or outside in a washing up bowl.
STEP THREE

In a separate container mix 10ml dried yeast and warm water (not boiling), let it rest for 5-10 minutes.
STEP FOUR

When the yeast is ready pour the mixture into the bottle and...  be amazed by what you see!
Things to look out for:

How much foam is produced and how quickly?

How do we know gas is produced? (foam is created and it's full of bubbles, you can light these bubbles, using a safety lighter, to show the presence of oxygen, which is flammable)

Does it make any difference if you use cold water instead of warm?

What happens if you use more/less soap?

What happens if you don't add any soap?

Interesting fact:  Did you know that if you pour Hydrogen peroxide onto a cut is bubbles? That's because there is something in your body that catalyses the decomposition!

Another Elephant Toothpaste video (just because they're fun!)  This one is a lab version.  This is too dangerous as a home experiment but fun to watch behind the safety of your screen!