How to make a Fresh Egg Float

How to make a Fresh Egg Float


Most of us know that a fresh egg will sink and a rotten egg floats but is it really possible to make a fresh egg float?  Yes it is! 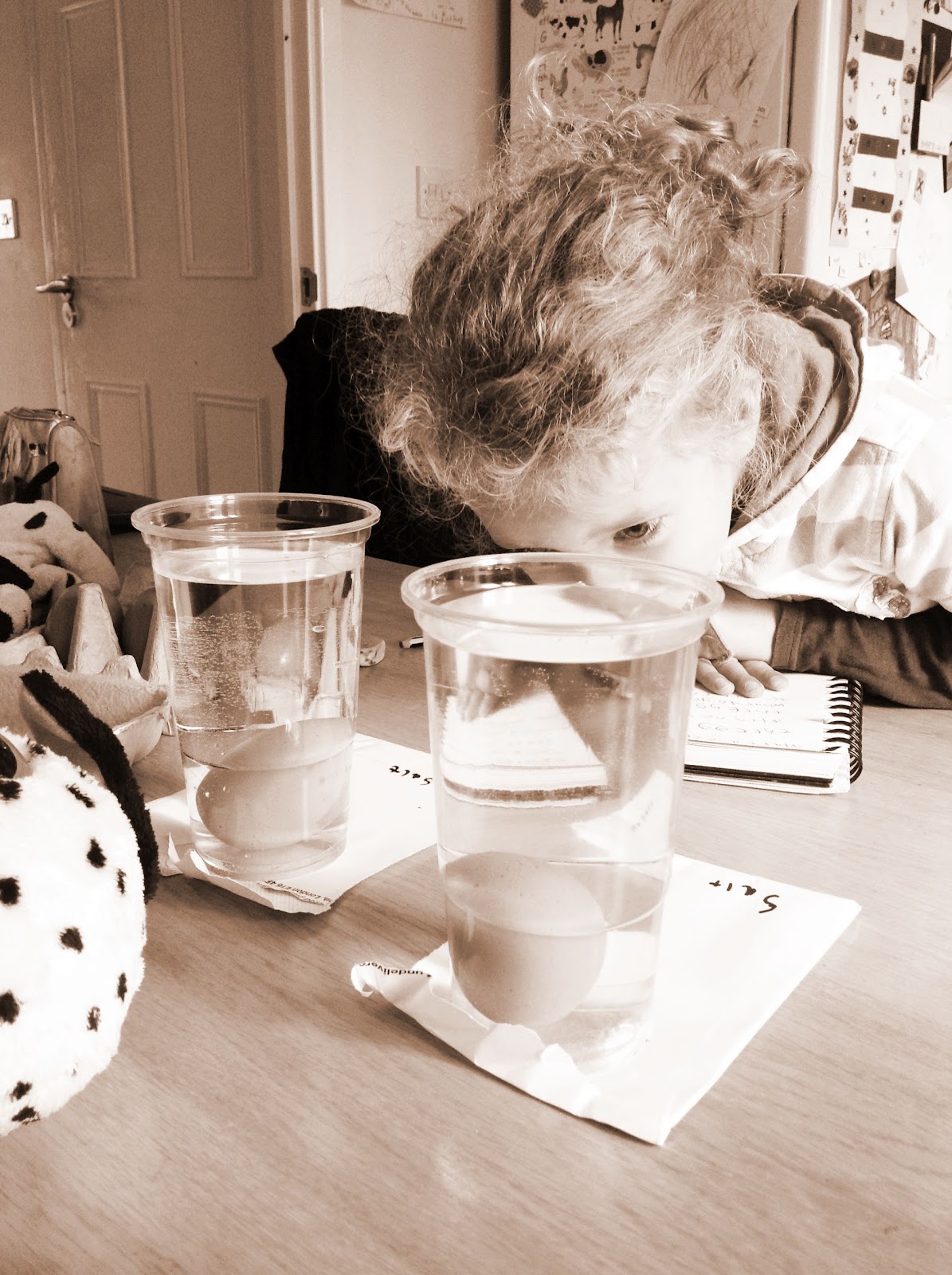 We can experiment with this and all you will need is:


STEP ONE
Fill both of your plastic cups with tap water.

Add salt to one of the cups and with pen and paper label the cups so you know which is which. Stir the salt in well and wait for it to completely dissolve, you will know when this has happened because the water will turn from cloudy to clear. 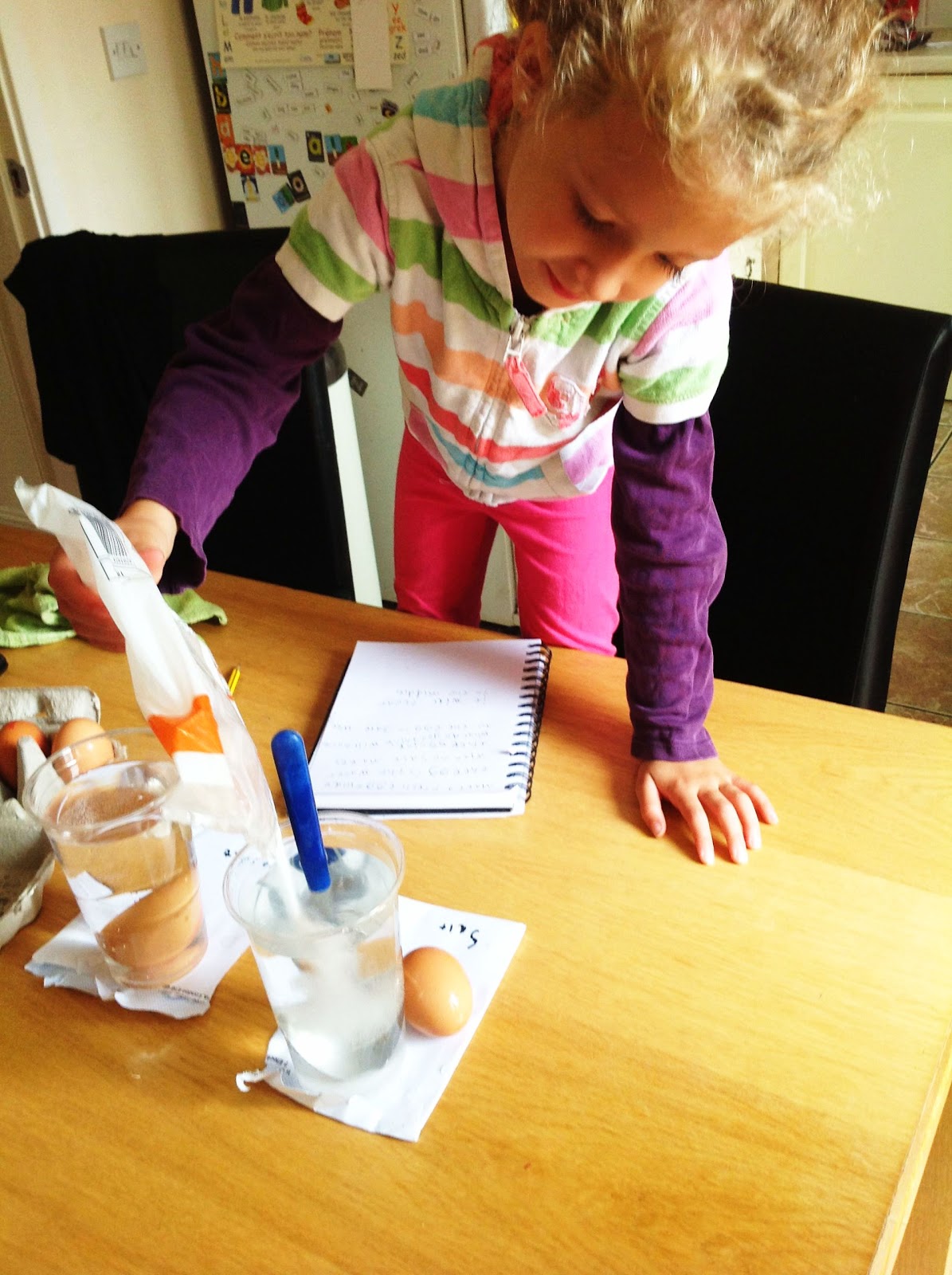 If you want, you can double check that you have a fresh egg by placing it in some fresh water (out of the tap will do) before putting it into your salt water.

Write in your Science Journal at this stage.  Ask the children if they would like to write hypotheses of what you think will happen to the egg in the fresh water and what will happen to the egg in the salt water.  If the child/ren don't want to write that's fine, just talk about it. STEP FOUR
Plop an egg into the water without salt.  What happened?  If you are using a science journal you can write down your observations or again just talk about it.  Keeping it fun is the most important thing after all! 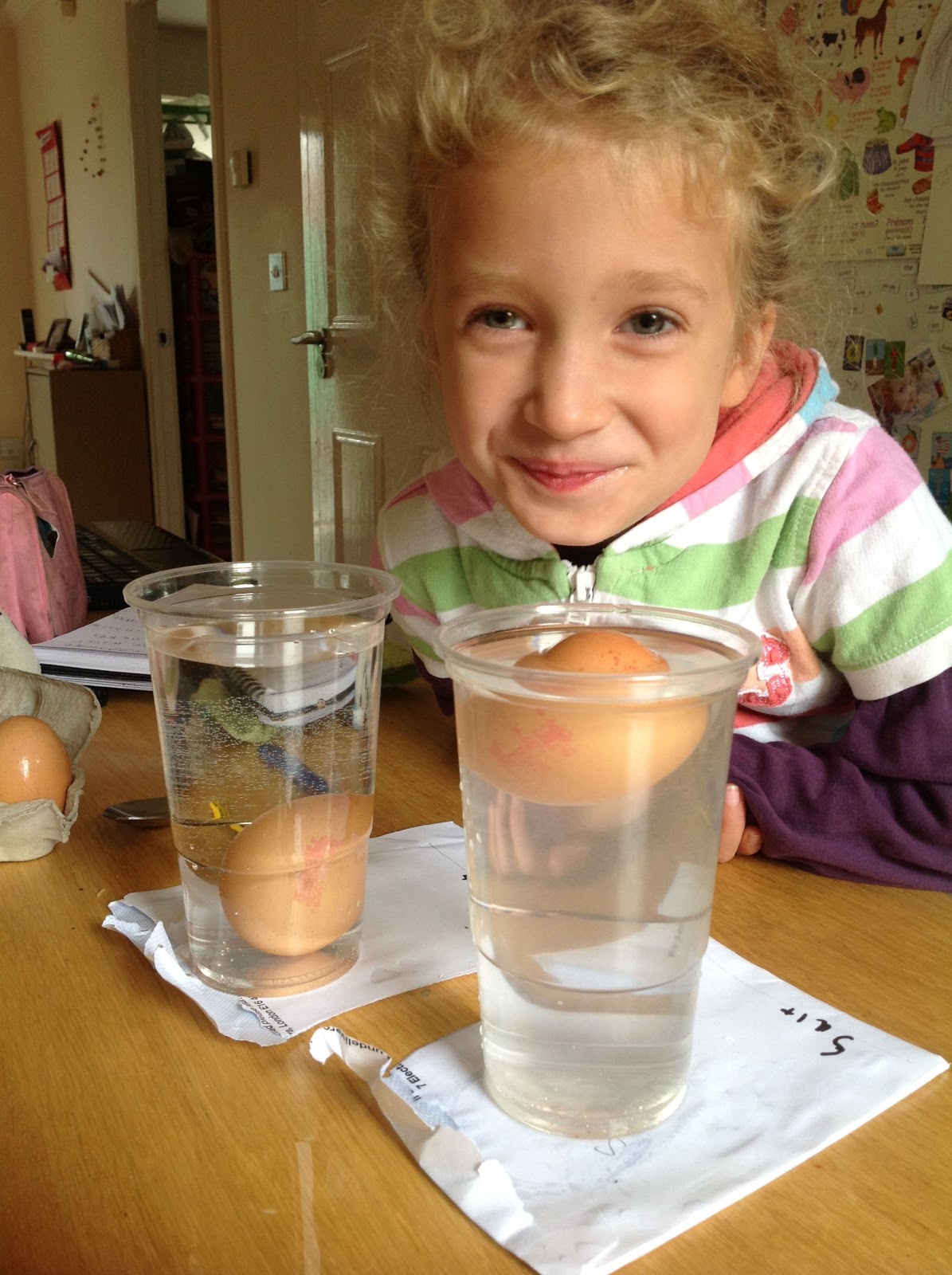 Now plop (I just like the onomatopoeic sound) in the salt water now.  What has happened this time?  It should float if there is enough salt in your water.  Write down this observation.

The more salt in water the more buoyant an object becomes as it is the salt that makes the water denser.  You might want to google about the dead sea, or the sea of salt as it is also known, it has the most salt content in any lake or sea.