Our Science HE group today!

There are no photos from the actual day.  I apologise, it's just I was so busy having fun doing all the experiments I forgot to pick up my camera!

We did make our own camera though!  With inspiration from Big Mamma Frog's blog which led me to one of the activities at today's HE group!  Thank you Big Mamma Frog!  The effect was quite impressive and this is on a drizzly grey kind of a day! 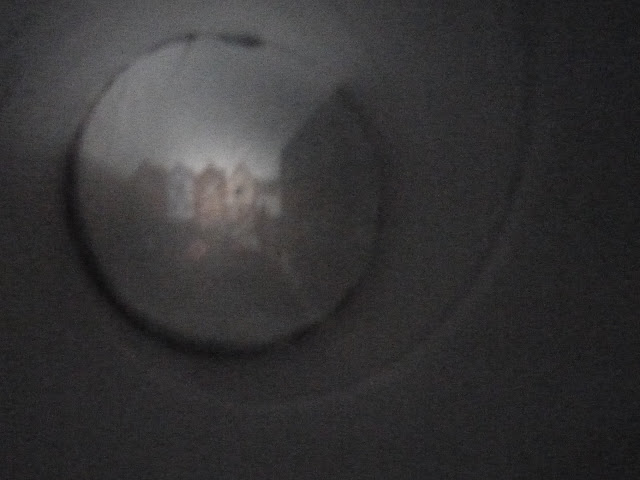 Just in case you are unsure they are houses: brick then blue then brick then yellow.  I will wait for a sunnier day and try again!

The only picture I did manage to get was this one... 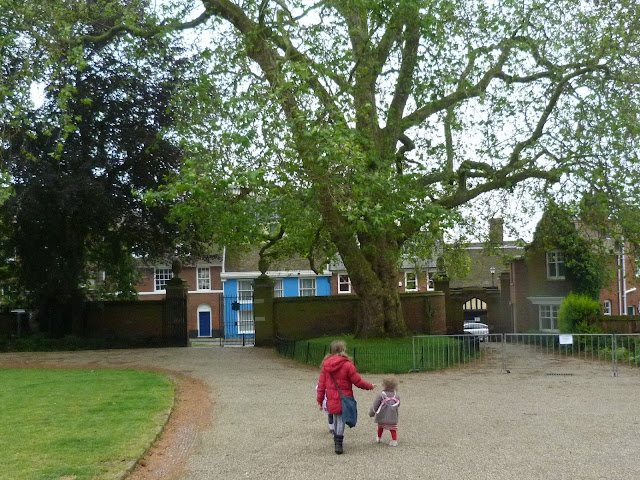 Them leaving the park after the session.  At the group we did make an electromagnet, make a vacuum in a glass, made votices, pendulums, the pin hole camera (as I already have mentioned) and we tried to make a simple motor too - we needed some stronger magnets though so will, most probably, next time do it for real!  A friend dropped by with a load of dinosaur things for HB too.  That pleased her greatly!  It was so kind of my friend, what a thoughtful thing to do!

It was nice to bring back some friends to see the new house!  The girls got rather over excited  to have friends round but it was lovely to have a good old fashioned chinwag with a good friend.  Chiara showed her animal book she's making off to my friend, Chiara is so proud of what she's done.  Chiara is going through a stage of butting into peoples conversations and it's really rude and I'm trying my best to tell her it's not good manners but she gets so over excited at the moment.  I think today was exaggerated as she hadn't had much sleep and her attention span was much, much shorter.  She's getting loads of mood swings as well though, needing more cuddles and crying about small things.  Bless her, I think it's that she's getting to that stage in life...  Anyone got any tips for me?

Kev watched the England game tonight so we all had fish and chips!  Well I tried to refrain but the smell was too tempting and I picked a little!  Chiara then decided she wanted to make a cake.  She actually wants an empty margarine tub to put her new pet...  A woodlouse.  She went online to google about it as I said to her that she would only be able to keep it if she learnt how to look after it properly.  She was thrilled to learn they can live between 2 and 4 years!  It appears we will be learning a lot about woodlice now.