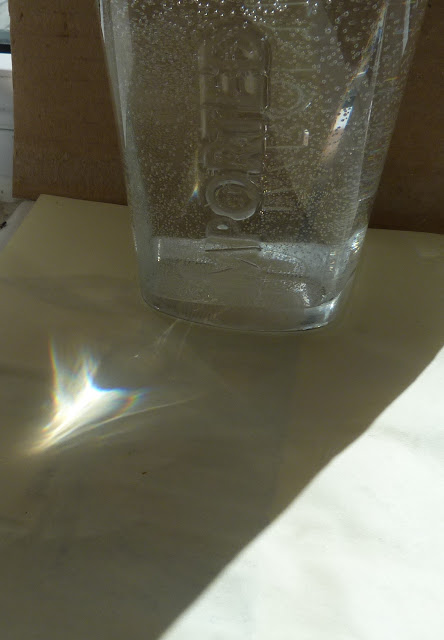 
Spectroscopes
A spectroscope can break the light into the colours that it is made of.  Astronomers use spectroscopes;  They study a star's spectrum to learn about the chemical elements that make it shine.  A spectrum can also show hoe fast a star, nebula or galaxy is moving towards or away from us.

To work out how the stars are moving scientists use the Doppler Shift.   The doppler shift works using the spectrum.  If a light source stays at about the same distance from the earth it's spectrum has characteristic lines like the top diagram in the source below (drawn by Chiara).  If the source is moving away from earth the light waves are longer and the spectrum lines shift towards the red as in the diagram in this middle.  If the object is moving towards the earth the waves are shorter and the lines shift towards the blue like in the bottom diagram.  The reason why this effect is called the doppler shift is after the discoverer, Christian Doppler, an Austrian mathematician and physicist. 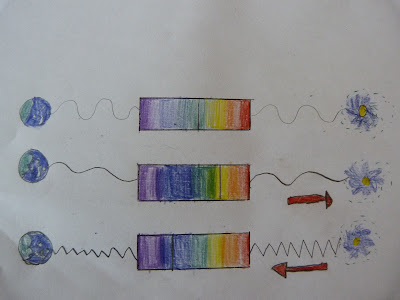 
What you will need to do:

1.  Make a slit in the piece of card like this: 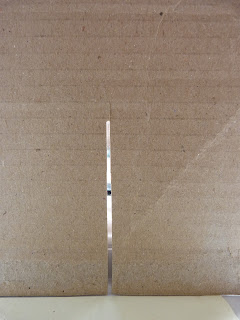 2. Fill a glass full of water.

3. Put the card with a slit against the window propped up with the full glass of water placed on the piece of paper like so... 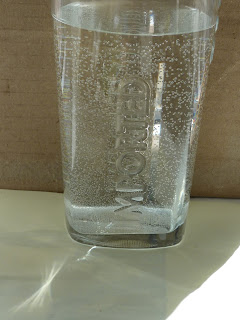 Then when the sun shines through.... 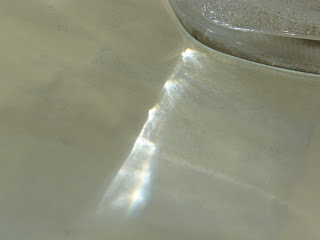 I lent the glass forward a little to make it clearer and this was the effect...

How cool is that!