When is a child old enough to do science? 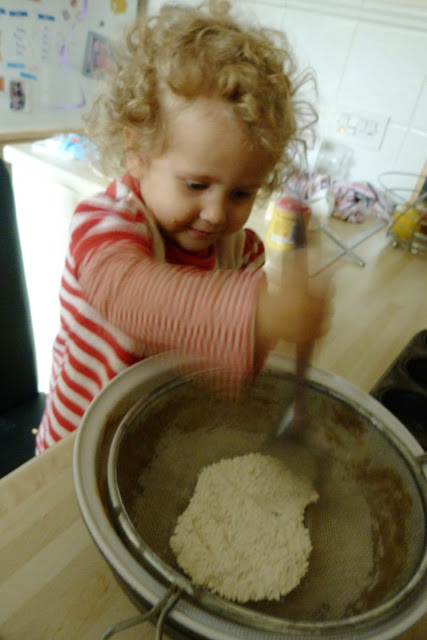 So yesterday Harmonie and I got busy: we made cakes, done some of her magazine, made slime and painted with slime!  It's so lovely she's getting so involved with so much now.  I remember someone a while back saying they didn't feel their child was ready for science experiments yet.  Perhaps she was right, after all we know our own children better than anyone one else, what I don't like is the whole age thing to be honest.  I don't believe it's how clever a child is sometimes either; I think it is more about personality.
I'll try and explain what I mean.


When Chiara and Naomi were Honi's age, 5, I could trust them to listen to instruction, if I asked nicely for something back, there would be no argument, no worry of danger but this is not the way with my dear sweet Honi.
I just could not and would not leave her to add something like iodine to a solution for example.  I would fear that she would so her screamy, throw and thrash about thing she does when she feels frustrated if I was to ask her to stop or give something back; I would be too concerned for it to be eaten for splashed in someones eyes.  One thing I do know is that Honi likes science, Honi is independent, Honi LOVES learning and most importantly I don't want to slow her down or make her learning experiences a negative one.  I have found a solution though;  I have found that looking for alternative safer experiments and projects allow for her to learn in the way she needs to.  Like with the corn flour experiment yesterday and the emulsion experiment the other week.
I have found that this process is also helping Harmonie get more involved, which is exactly what she is wanting at the moment.  Although Harmonie is only 2 and a half she listens more than HB Honi Bunny so they can work together most of the time too, but as I say that's a personality thing, not an age thing.

Of course children are always experimenting in life really, from the moment they are born in fact.  I suppose, what I am saying, is when is it time to add a little more structure to their learning and how to get round the dangers so that our child's learning flow isn't stopped unnecessarily.
Posted by Lisa Gwinnell at Monday, October 22, 2012