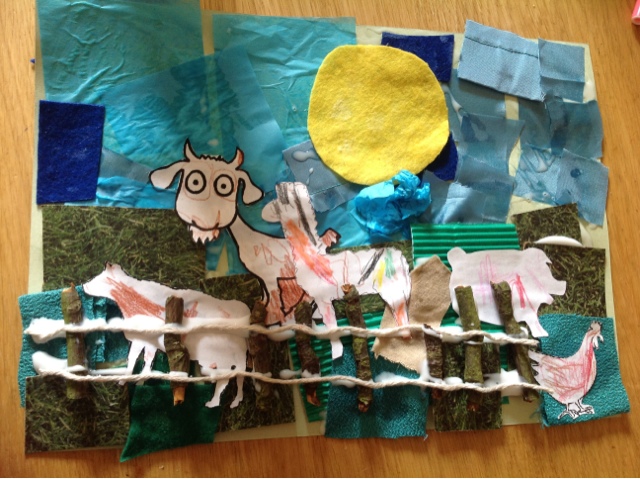 After the farm yesterday I thought it would be nice to do some far related art with Harmonie so last night and this morning I busied myself with cutting up different materials and printing off different animal shapes, collecting sticks and string and putting glue in pots. After breakfast the fun began and this is how the collage was made...


First Harmonie coloured in the animal templates that I cut out for her.  We talked about all the animals and that we saw them yesterday.  About all the different animal sounds and how they felt at the farm, what they ate. 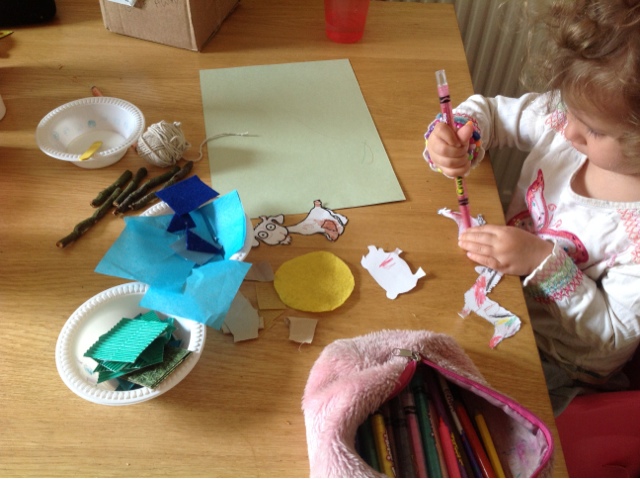 Then she got sticky with the glue, covering her piece of thin cardboard we used as I though paper might rip with the amount of glue two year olds like the use! 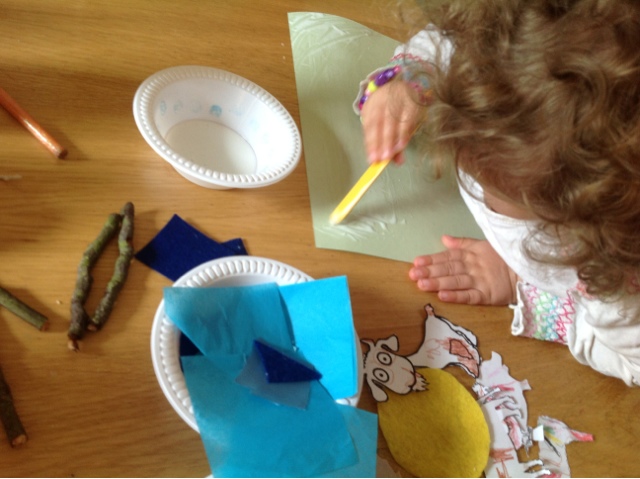 We used felt, tissue paper and fabrics for the sky and the land.   We talked about the different colours and textures and off her own back she said, circle as she pointed to the yellow sun! 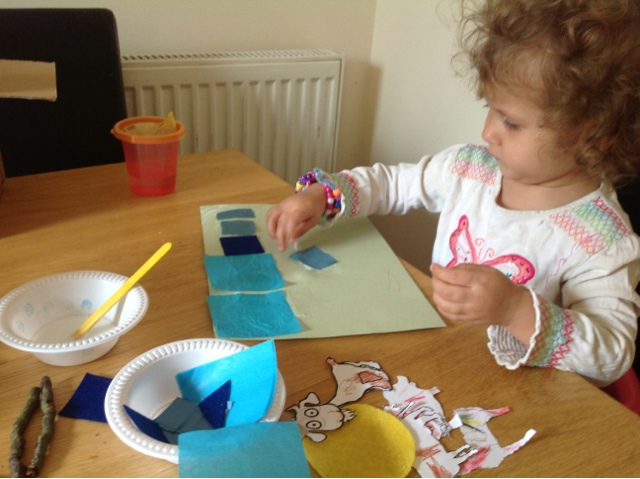 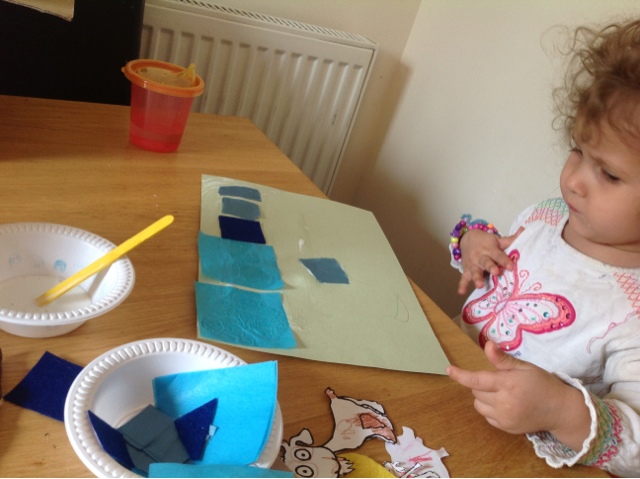 She loved been independent with her gluing and as she's two it didn't really matter how the picture turned out in the end too much so long as she was having fun and talking about what she was doing, which she did. 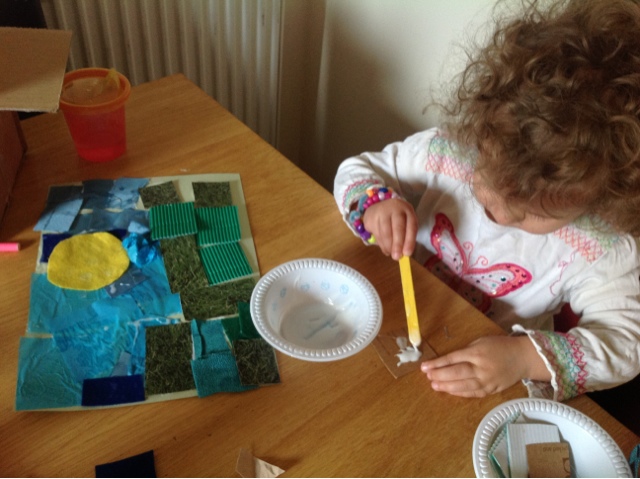 With some of the sticks we have collected over the past few weeks from the park we used to make fence posts. 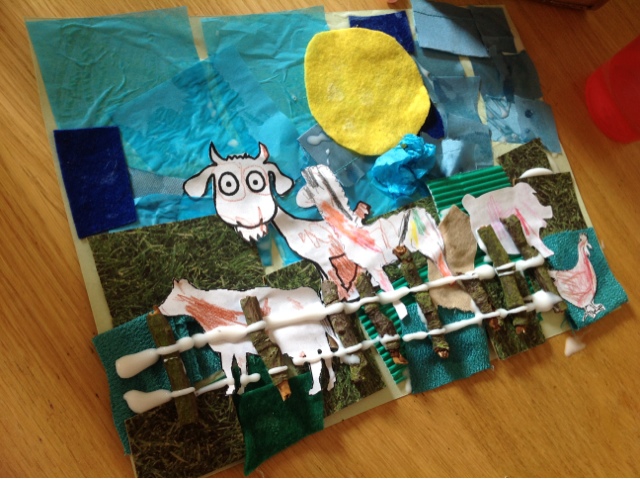 I squirted two lines on glue like this across and then gave Harmonie to lengths of string to go across so the finishing picture looked like this...

It's for her Daddy which was cute and now we are waiting for it to try so we can frame it and put it up in the kitchen.
Posted by Lisa Gwinnell at Friday, April 26, 2013