Maths: Greater or Lesser than Dinosaur! 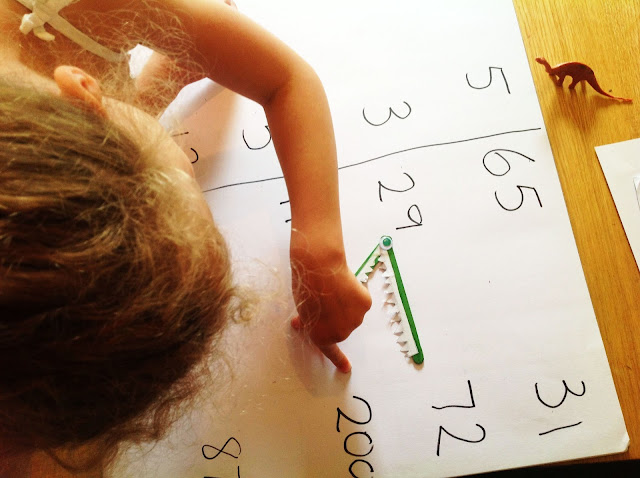 I remember at school one of my teachers, I don't know which one, telling me to thing of the greater than or the lesser than signs as crocodiles.  Honi argued and said 'NO!  It's a dinosaur!' So we are calling ours The Greater or Lesser than Dinosaur!
This is how we made and played with ours... 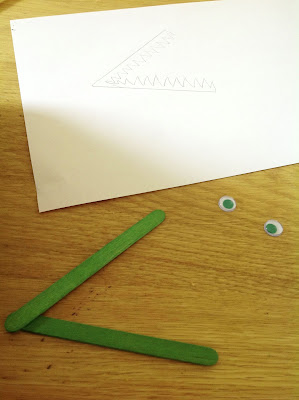 First put a drop of glue at one end of one of your lolly pop stick to make a 'V' shape.  Let it dry for an hour or two at least.  When it's dry put it on a piece of paper and draw teeth and drawing round the outside of the V shape like this... 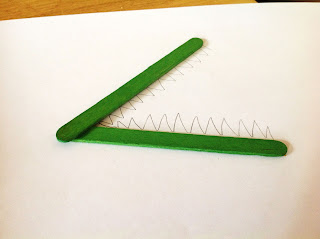 So when you take the V shape lolly off the paper you will have something that looks like this... 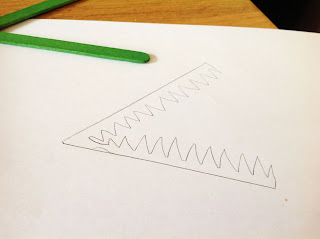 Then all you need to do is cut your teeth out carefully, put glue on your lolly sticks like in the photo below and have a googly eye ready. 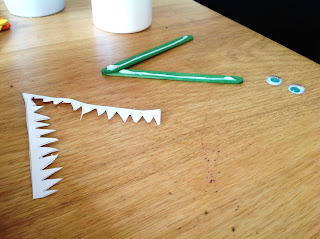 The put it together like this and leave it to dry. 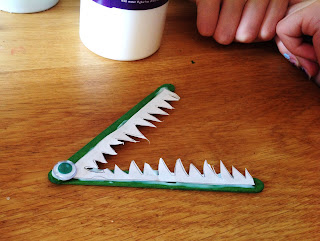 Once dry you can play!
First I got my A2 pad out again and wrote out numbers like this... 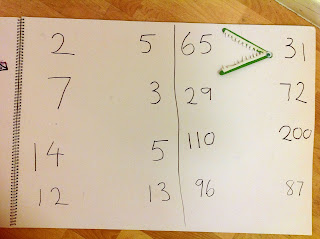 Honi was then able to use her Greater or Lesser than Dinosaur and turn it the right way.  I explained to her that he was a hungry dinosaur and only wanted to eat the biggest number.  I also explained that we read it from left.
She got her dinosaur in the right position first and then we read them out together.  So the one in the photo directly above this we said 65 is greater than 31.  She got the hang of it really quickly and with a little more practise I think she won't need me to help at all. 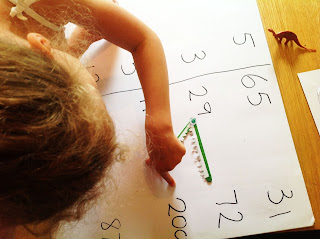 Other things you can do to make it harder is to work with decimals, minus figures and larger numbers.  The most important thing is that it stays fun.  You can always invite dinosaur toys to watch like my Honi did.  It doesn't need to be a dinosaur it can be a crocodile or put some feathers on and miss out the teeth and you can make a very pretty bird. 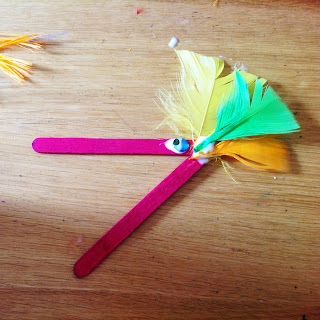