Science: How do wings work? 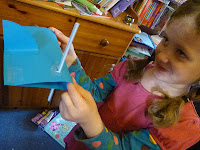 How to make your own aerofoil wing...
You will need:
STEP ONE
First you'll need to measure a rectangle of paper 15cm x 20cm.  Cut it out carefully with scissors.  This will be your wing!

STEP TWO
Fold the paper nearly in half leaving about and use sticky tape to fix the top edge 1cm away from the bottom edge like this: 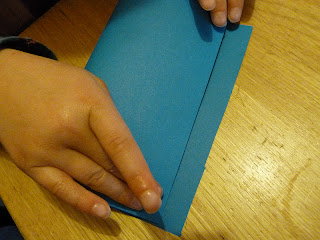 STEP THREE
Cut out and stick on a small paper fin.

We drew round the protractor for our fin shape, cut it about a cm over the half way mark... 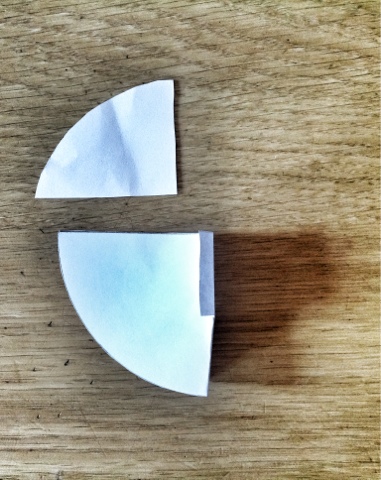 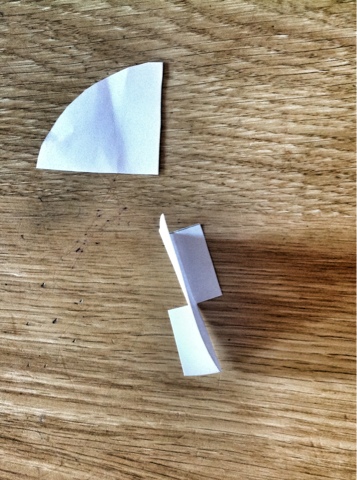 and then stuck it on the rear edge like this: 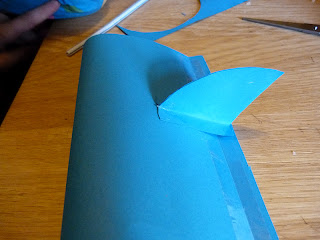 STEP FOUR
With a sharp pencil carefully make a hole through the top and bottom of your wing, near the front edge. push a straw through you may need to glue it into place if your straw does fit snuggly enough. 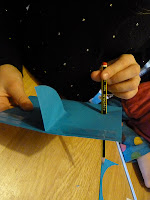 Cut a metre long piece of string and thread it through the straw making sure that it doesn't catch and can move easily up and down it.
STEP SIX
Now all you have to do is hold the string tight and ask a friend to blow air from a hair dryer or fan and watch it move magically up the string! 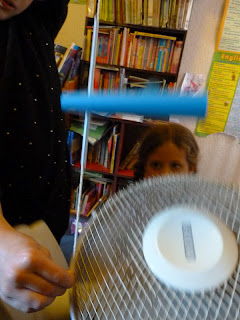 Why does this happen?
This works, in short, because this shape decreases the pressure above the wing!
Aerofoils are streamline shaped wings which are used in airplanes and turbo machinery and it is no accident that these streamline shapes we see on such machinery are similar to the wings of birds: a bird's wing is an airfoil.  Man has copied the shape of the bird's wing, modified its design and structure and used mechanical power instead and therefore is able to fly pretty much like a bird.

Even so, how can something like a bird or aeroplane fly event though they are both heavier than air?  How can this design make all the difference?
Airfoil shapes are designed to generate as much lift -Lift being the pressure of air that keeps something like an aircraft in the air - in other words flight - as possible while incurring as little drag - drag being the force that is created by too much friction between the air and the surface - basically too much drag and you will stop flying!  The effect that drag and thrust have on an object is an interest thing:
When it comes to the wing, to put it as simply as possible because there is more lift than drag and gravity there will be flight: lift is the result of fluid air flow about an aerofoil or another way of putting it: the result of moving an aerofoil (another word for wing) through the air.
Fact:
In 1939, Eastman Jacobs at the NACA in Langley, designed and tested the first laminar flow aerofoil sections.