Why don't they tell you these things? 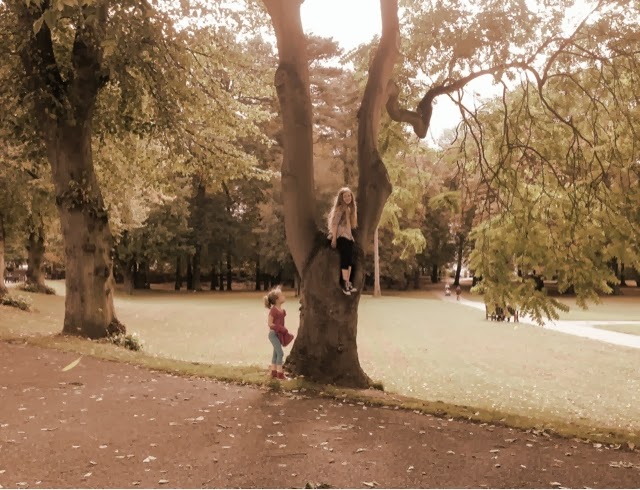 Today we met up with some new home educating friends, the girls were very excited indeed.   While we waited (for once we weren't the ones who weren't late which we nice) we played with the ball and the girls climbed trees.  I was an autumn day but so so warm.

We hunted for feathers, conkers and other lovely seeds.  I lovely autumn with its beautiful colours: golden yellows, burnt orange, deep rich reds and earthy browns.  I also love all those treasures that can be found. 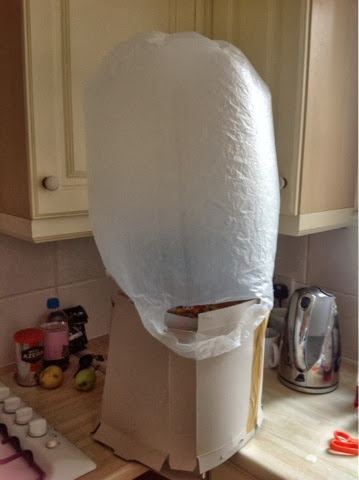 When the new friends asked what we had been up to that morning at first I thought nothing - one of the many benefits to home educating - but then I realised they had done tons of drawing and we had been working on some of the science for Monday's science group, one of them being the experiment above. All of this and Chiara being hooked on Duo-lingo, such a great app!  To be honest I'm pretty addicted to it too.
You might be wondering why I have entitled my post: Why don't they tell you these things? Well this is why...

There was another lady at the park, with her granddaughter. We got talking as her granddaughter was drawn to my Harmonie.  We eventually got on to the subject of home education.
She was so angry to hear that it is an option that she was never told about, I saw her heartache  as she said, 'but I thought every child needed to go to school by law!'  She was not judging me or suggesting I was a criminal but  her heart sunk, I think wishing she had had the chance herself.
Why don't they tell you these things? Is what she asked.  My answer was simply because the government wants to control us, to control the way our children are to think and what they are to learn.  It is sad.  She agreed and I made another new friend, she said how she's often in the park.

Today Chiara has started asking about writing in code, she likes the idea of writing her own computer games.  One of Chiara's favourite games at the moment is  little big planet and knowing that the maker of it is one of my husband's   friends from his childhood to date, she feels this possibility is not out of reach.  She's asked me to buy her some books on it, something I will now be looking into.
Chiara has also been asking me about crochet, she likes the idea of making a cushion for one of her toys.  I'm so pleased my nan-in-law encouraged me to learn before she passed away.  I always think of her when I'm doing my knitting or crochet.