I have been thinking of ways of teaching my 6 year old about maps.
The whole idea of making a map, whether pirates treasure map or otherwise, just didn't appeal.  She had been poorly all morning but was looking for something to do she she came through with some playdough.
That's when I had my idea... 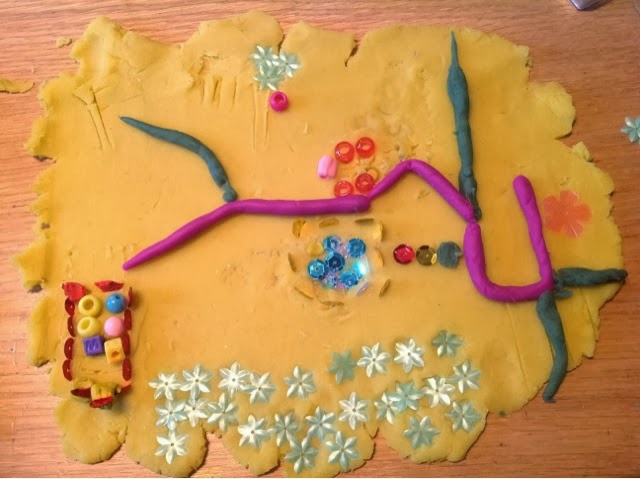 I admit it, at first she wasn't keen so I began by myself but it didn't take long before I heard:

"I know what you mean now! I'd love to do that"

Then she took over and began to tell me where everything should go.

All you need is:
Playdough
Sequins
Beads
You can use anything small like beans rice and lentils instead or cut up bits of material or paper even.
Tweezers (this is optional but adds to the fun)
How we did it...
STEP ONE
Chose a simple route that your child is used to walking.
We were making a playdough map of how to get from the library in town to the play area at the park. 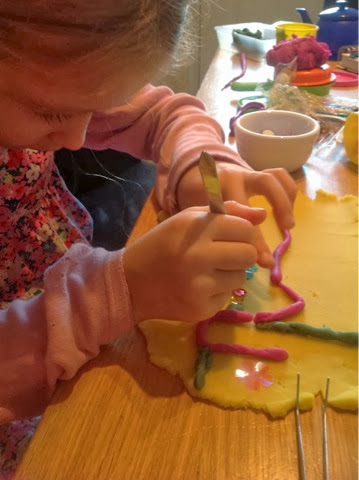 STEP TWO
We then worked out the rout we took.  We decided to make our route purple and all other roads and paths we don't use for the journey green. 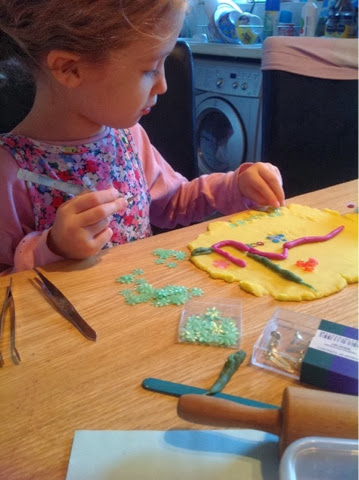 STEP THREE
She put in all the landmarks we could think of: trees, traffic lights, the pond etc.
We used different types of beads as different symbols.  A flower for the library, blue sequins for the water in the pond, that kind off thing. 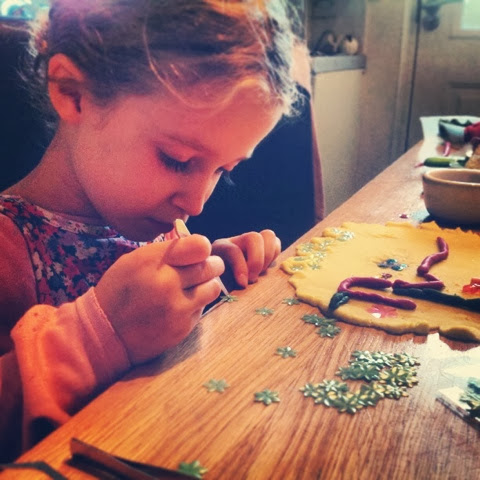 All the time we talked about scale while we were creating.  We imagined where everything would be if the park had been put in a shrinking machine - Honi liked that idea.

When we were finished she was keen to put what she had made to paper, she decided to do that another day so I took a photo.

It's very simple but it worked and was a great way to introduce her to maps as part of her geography.
It was such a fun idea in fact, that I thought I would put it here and share it with everyone.

Other things this is great for is strengthening fine motor skills (using the tweezers) and maths: counting shapes, colours, sorting and estimating measurements.
Posted by Lisa Gwinnell at Wednesday, November 13, 2013