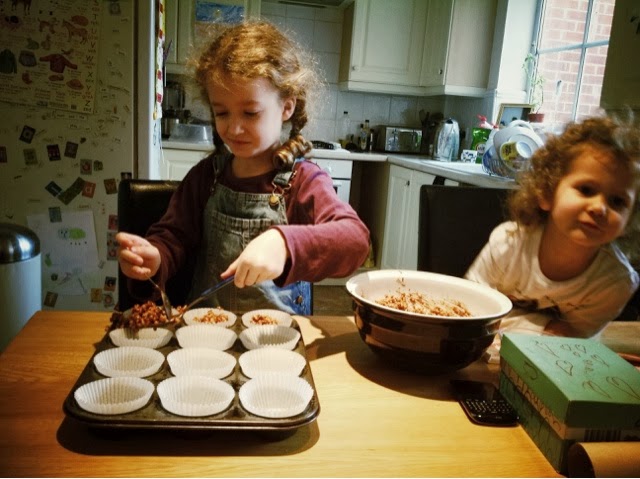 Honi has finally decided that working through her science workbook regularly is actually quite fun!  It is evident that all the science experiments we do, has helped her to understand a lot about science.  When she sees things she's done that is in her workbook she just gets so excited.
However, working through the workbook is also pointing out to me things that she hasn't yet fully grasped.  Things I didn't expect - things like solids, liquids and gases and reversible and irreversible changes recently!
I thought about how to explain this best to her and then remembered, kinaesthetic learners (tactile learners) like my Honi need to be practical in their research. I thought I would begin with reversible changes so...


FIRST EXPERIMENT
Butter!
We investigated in the kitchen.  First I showed her some butter and let her feel how it was hard. That meant it was in a solid state I explained to her.
We then warmed the butter and when it was melted she said (in her words) that it had gone runny.  I reminded her this is called a liquid when it is in this state. 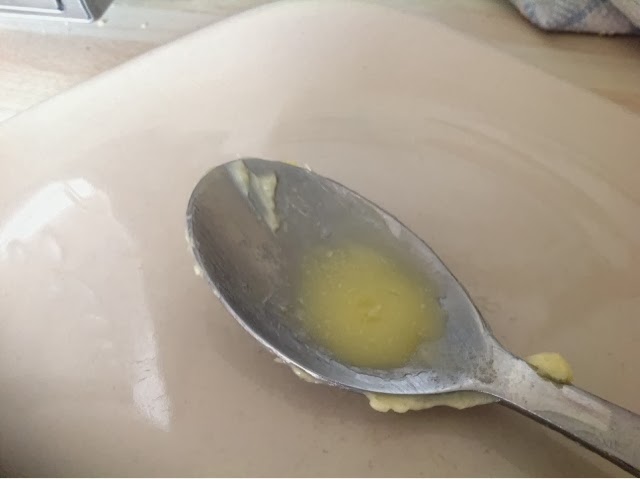 We then put it in the fridge and checked on it an hour or so later and she saw it was going hard again so I was able to explain that this was reversible because it went back to being a solid and we could melt it again if we wanted.
SECOND EXPERIMENT
She then put two and two together and, off her own back, got an ice cube out of the freezer! She waited for it to melt, she talked about it turning in to a liquid.  Then, she poured the liquid, the water, into an ice cube tray and waited for it to freeze again.
THE THIRD (AND FINAL) EXPERIMENT
This was the one I thought would be the most fun as we got to eat the results!
We made Crispy cakes.  Now to make time cooking with the children into a very important science lesson, the only thing you need to change is that you fit in talking about the science behind what you are doing!
This is how we did our final experiment...
STEP ONE
Give your scientist a heat proof bowl and ask him/her to break a big bar of chocolate into it.
STEP TWO
Put it over a bain Marie (translated: Mary's bath) which is basically a chefs way of saying boil some water in a pan and put the bowl on top.  This is so the chocolate in the bowl melts using only the steam produced from the water.
I did this because of 3 reasons: 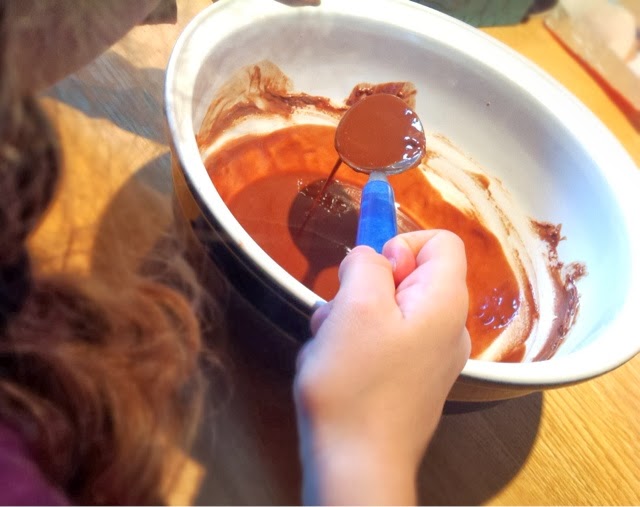 Then we had runny chocolate!  Another liquid!
STEP THREE
Add crispy rice to the mixture bit by bit until there is no more puddles of chocolate in the bottom and all the crispy rice bits are covered!

STEP FOUR
Spoon it evenly out into 12 cupcake cases in a muffin tray. 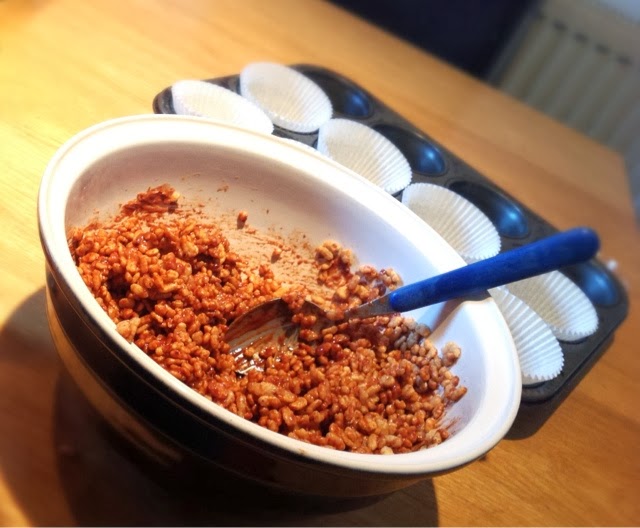 Put them in the fridge until the chocolate goes hard.

What have they learnt?


That chocolate is a reversible change and so is ice and butter.

To show an irreversible change: