Step by Step how to make an Ancient Greek theatre mask!

So we are nearing the end of our Greek Project in our house and today we have been learning all about the Greeks and Theatre!
They invented DRAMA ON STAGE over 2000 years ago.  How massive their amphitheatres were to fit 14000 people! 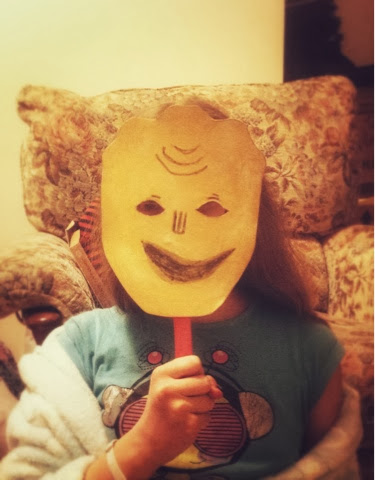 Anyway, I could go on and on about this as I love learning about history, so instead I have added some more facts at the end of this post for you to read if you, like myself, are also interested!
However, if you want to make a simple Greek Theatre mask like in the photo, I have a Step by Step guide to how to make one.  I have included a free printable template PDF to make it easier for you...


You will need:
STEP ONE

Print out this template: Greek Theatre Mask template or you could try and draw your own if you like.

Draw on a Greek theatrical face.

Tips when drawing your face on the mask:

Paint your face.  My girls chose gold but, as I have already said, there are many colours to choose from. 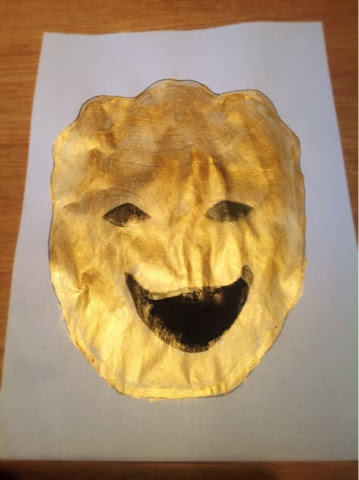 Stick your painted mask to some cardboard - an old cereal box will do.

Don't forget to cut out the eyes too.  We used a crafting knife to cut ours out... 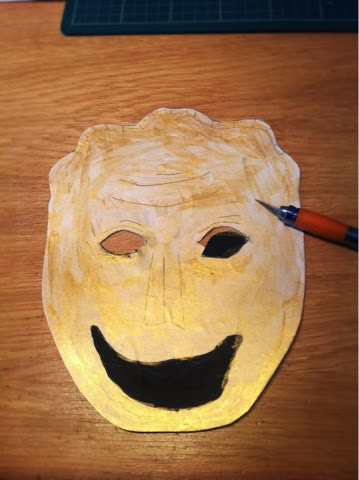 Tape a pencil, piece of dowelling or a straw to the back of your mask with some sticky tape and then... 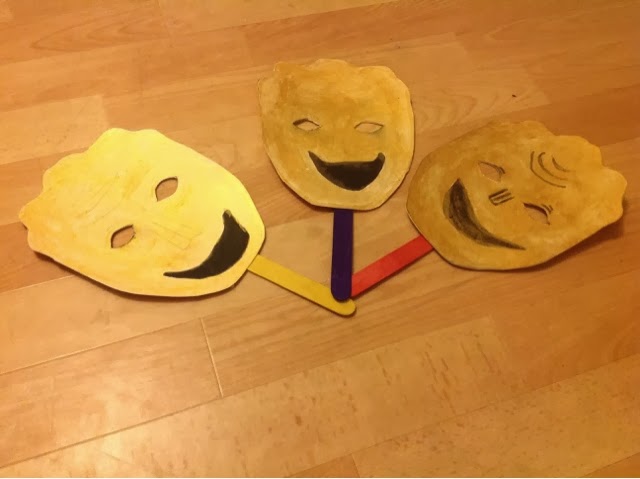 Why were masks used?

The theatres were so crowded and large that actors couldn't count on people in the back rows seeing their facial expressions as they were such a distance away; hence, masks.

How many people were involved in an Ancient Greek theatre production?

There were rarely more than a chorus and 3 actors, regardless of how many roles were played. Actors changed their appearance in the skene.

How were they heard with no microphones