I have been thinking about doing some fun educational activities with the girls based on Easter, when I saw something similar to this based on Tangrams with a twist! 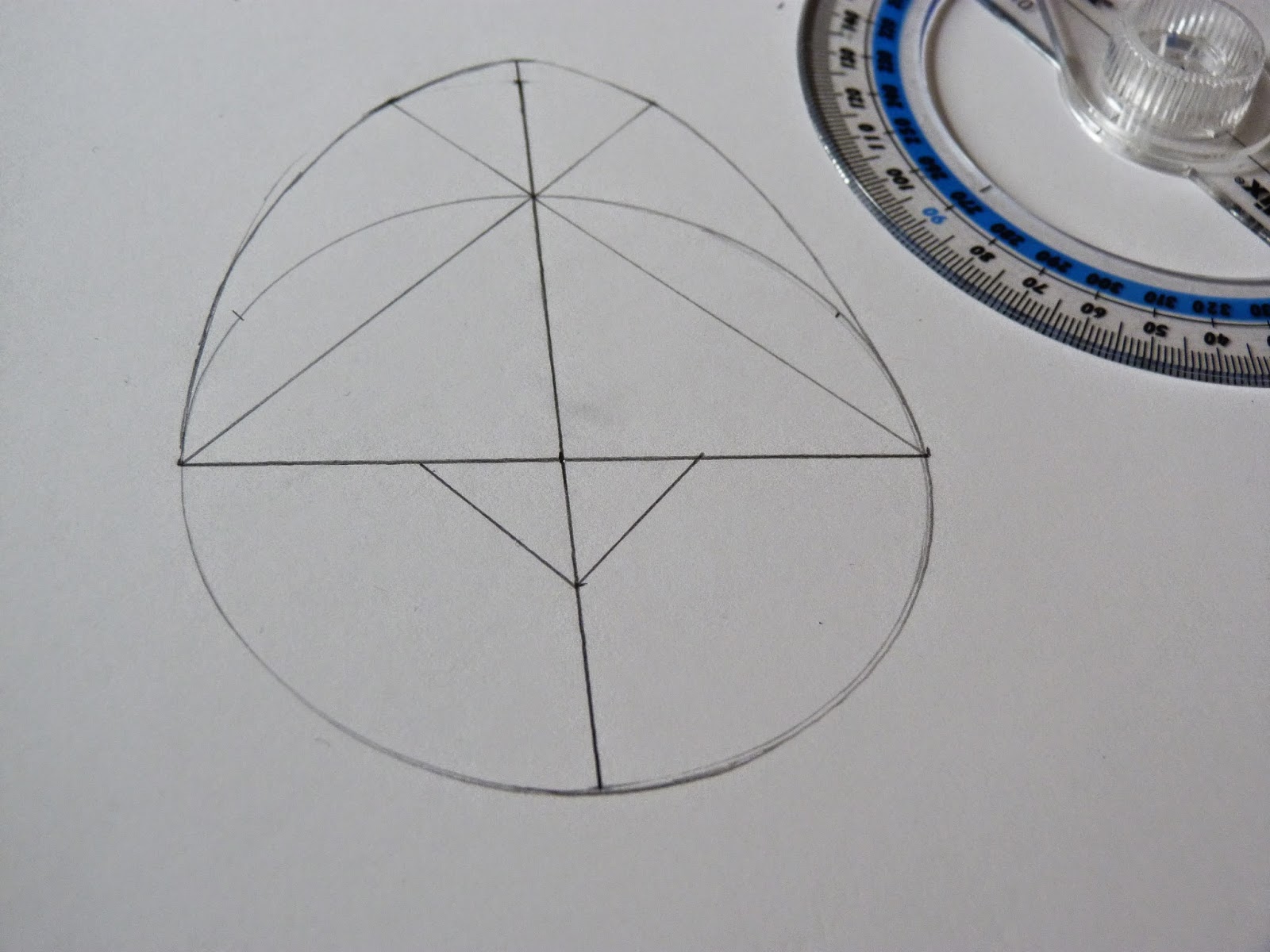 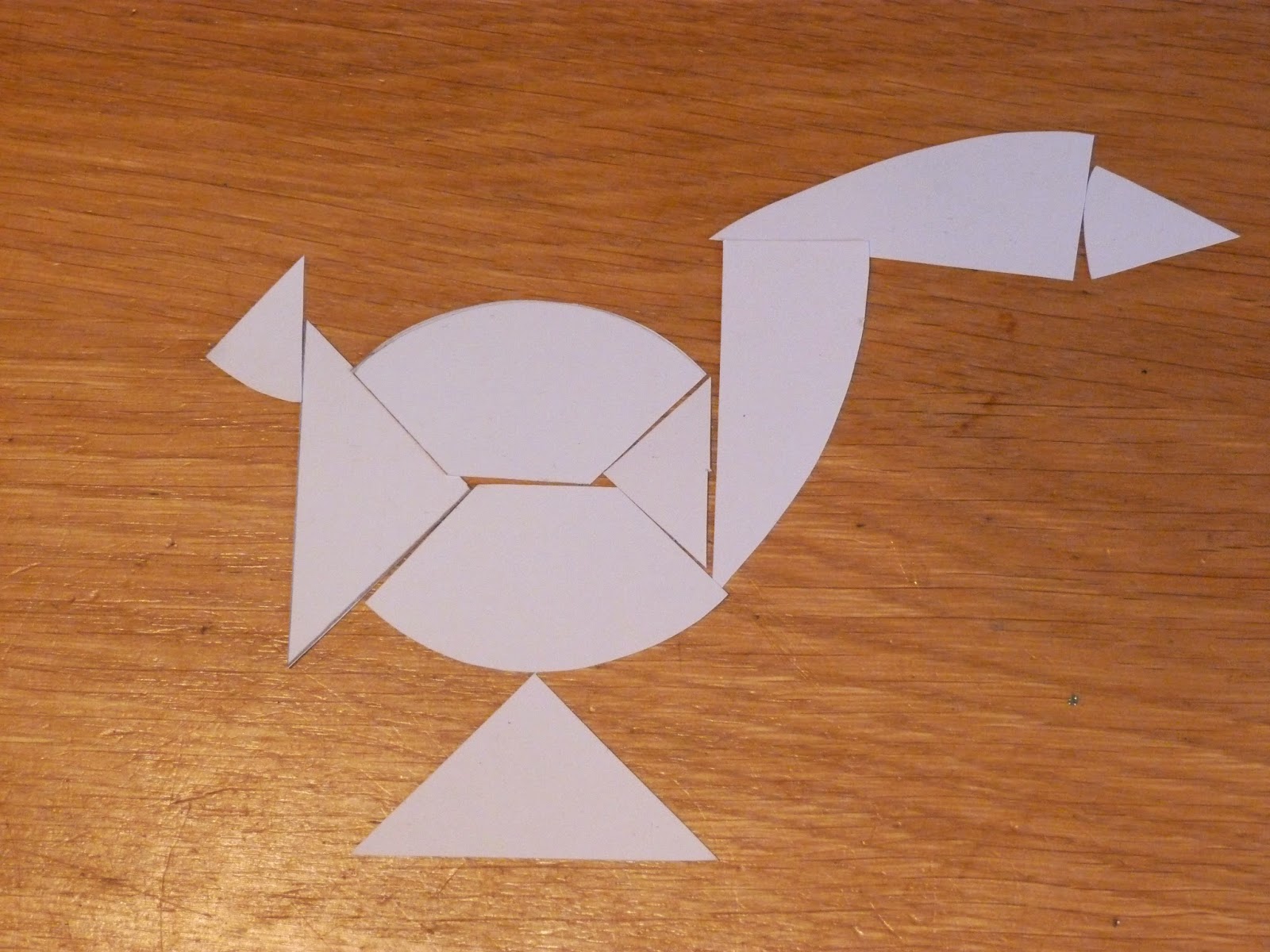 
What you will need for this project:


First I will take you through, step by step, how to make one of these eggs.  The shapes inside out egg shape need to be as accurate as possible to the mm.  Here's the tutorial...

Draw a straight line in the middle of your card that is 10.5cm long.

From the bottom of your new line measure and mark off 4cm.

Then we need to make a perpendicular line that is 8.1cm in length across the 4cm point you marked off in STEP TWO. 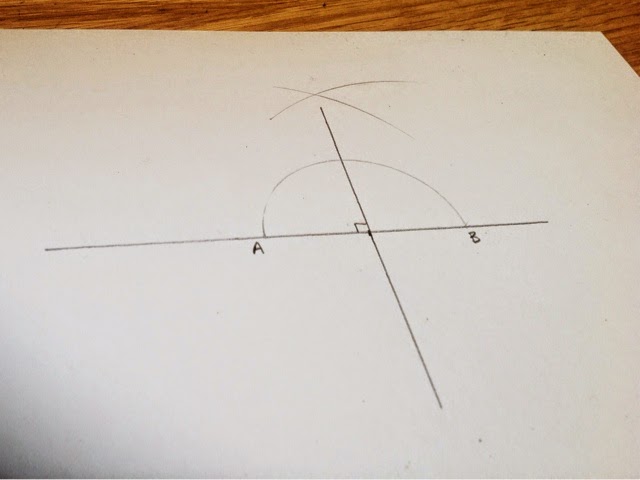 If you want to know how to make this perpendicular line using mathematical methods click on the above picture to take you to the instructions.

The top of your line, in the photo I have labelled this point A, measure and mark off 2.5cm down like in the photo.

Using your 45 degree marks and the 2.5cm marked point from STEP FOUR draw two lines that are 2.3cm (23mm) long.  You should have something that looks like this if you've done it right... 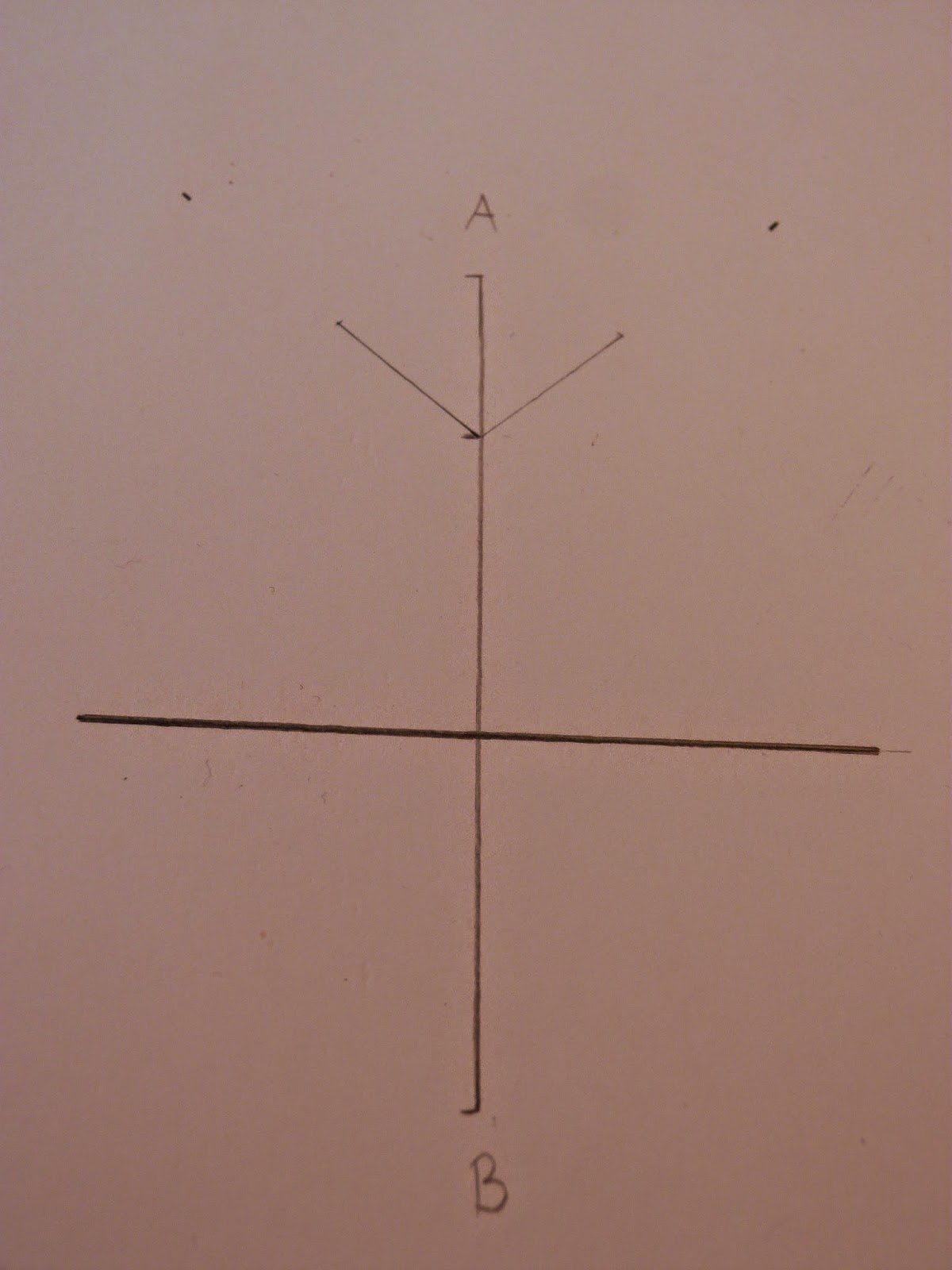 
Get your compass and carefully measure from the centre of the cross lines and the mark made in STEP FOUR (that I have marked and C to make it clearer) and draw a circle.  It should look something like this... 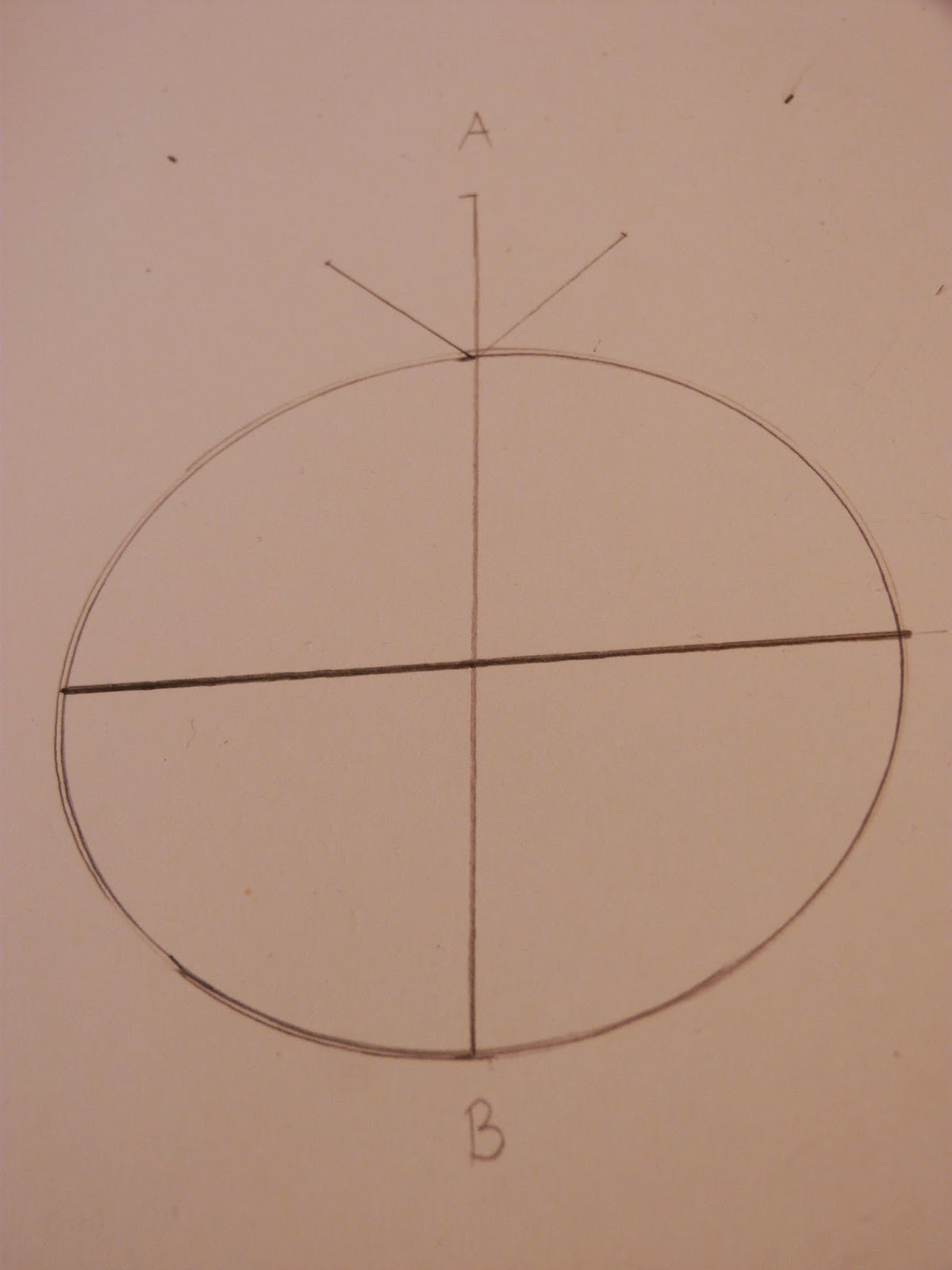 Draw, freehand, from the sides of the circle to point A - a bit like a dot to dot - until you have an egg shape. 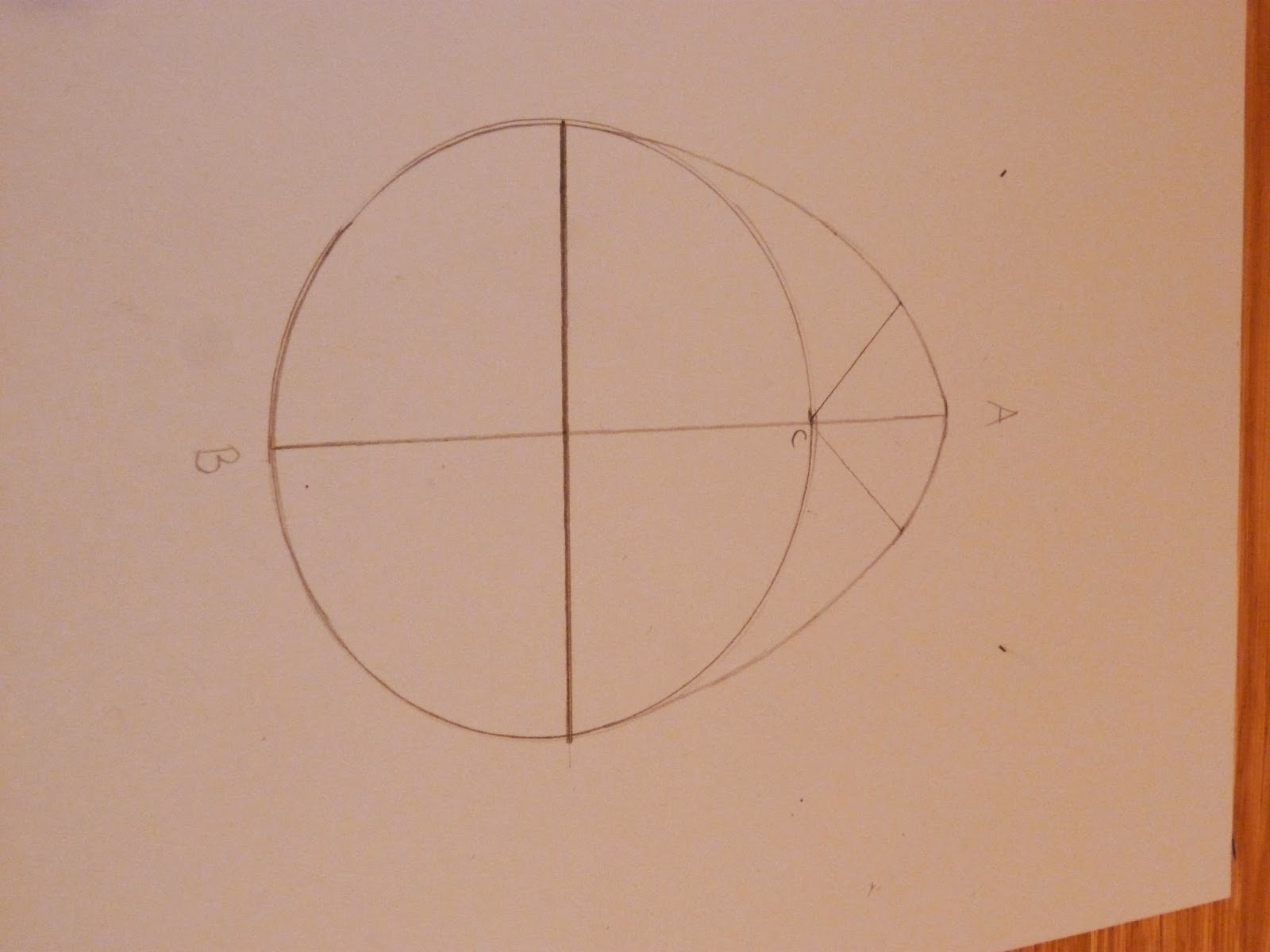 YOU ARE NEARLY DONE! 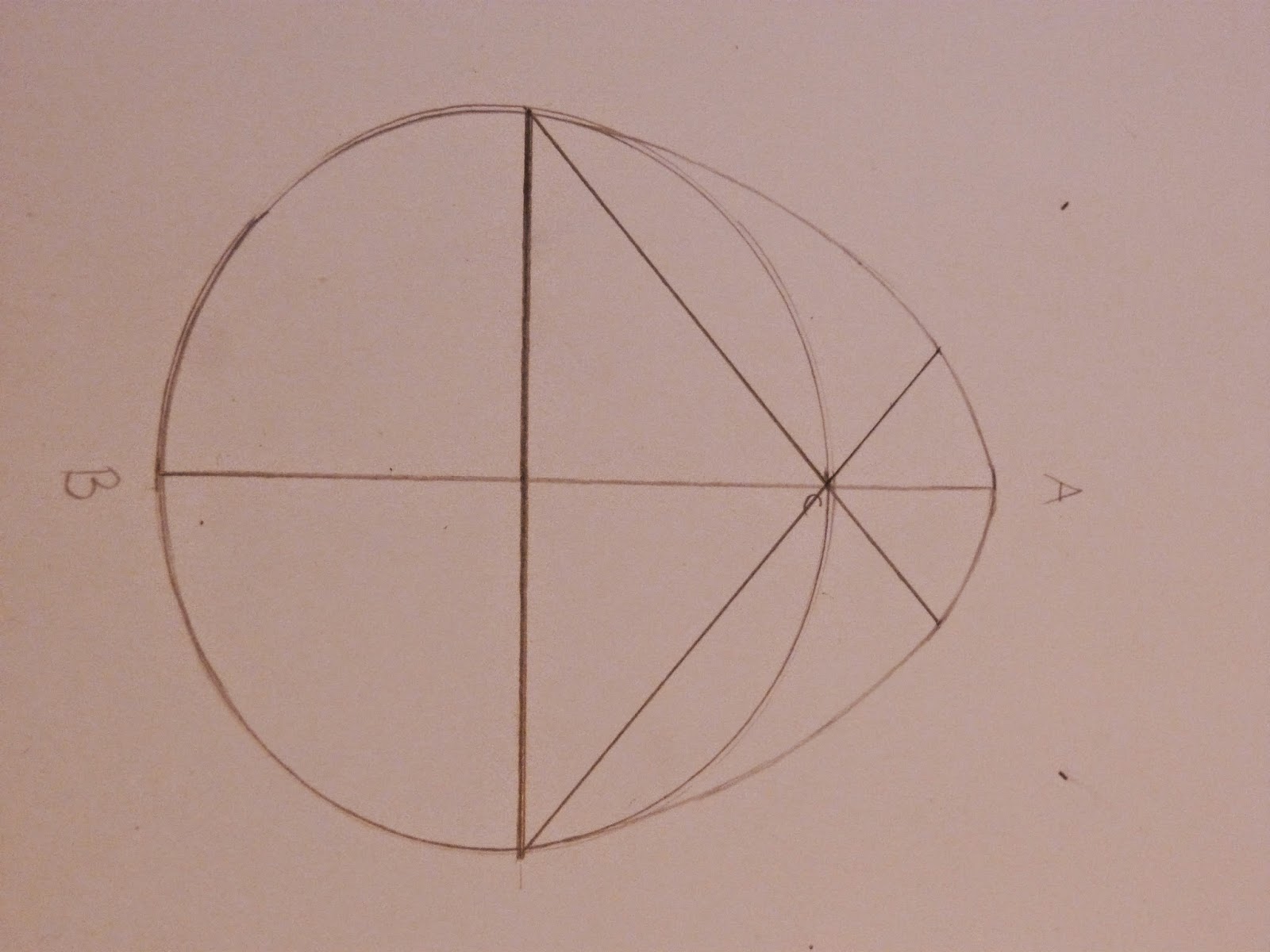 With your protractor measure 43 degrees and mark off on either side of the egg and then with your ruler draw lines from the point now marked D to the first line it hits.  Something like this... 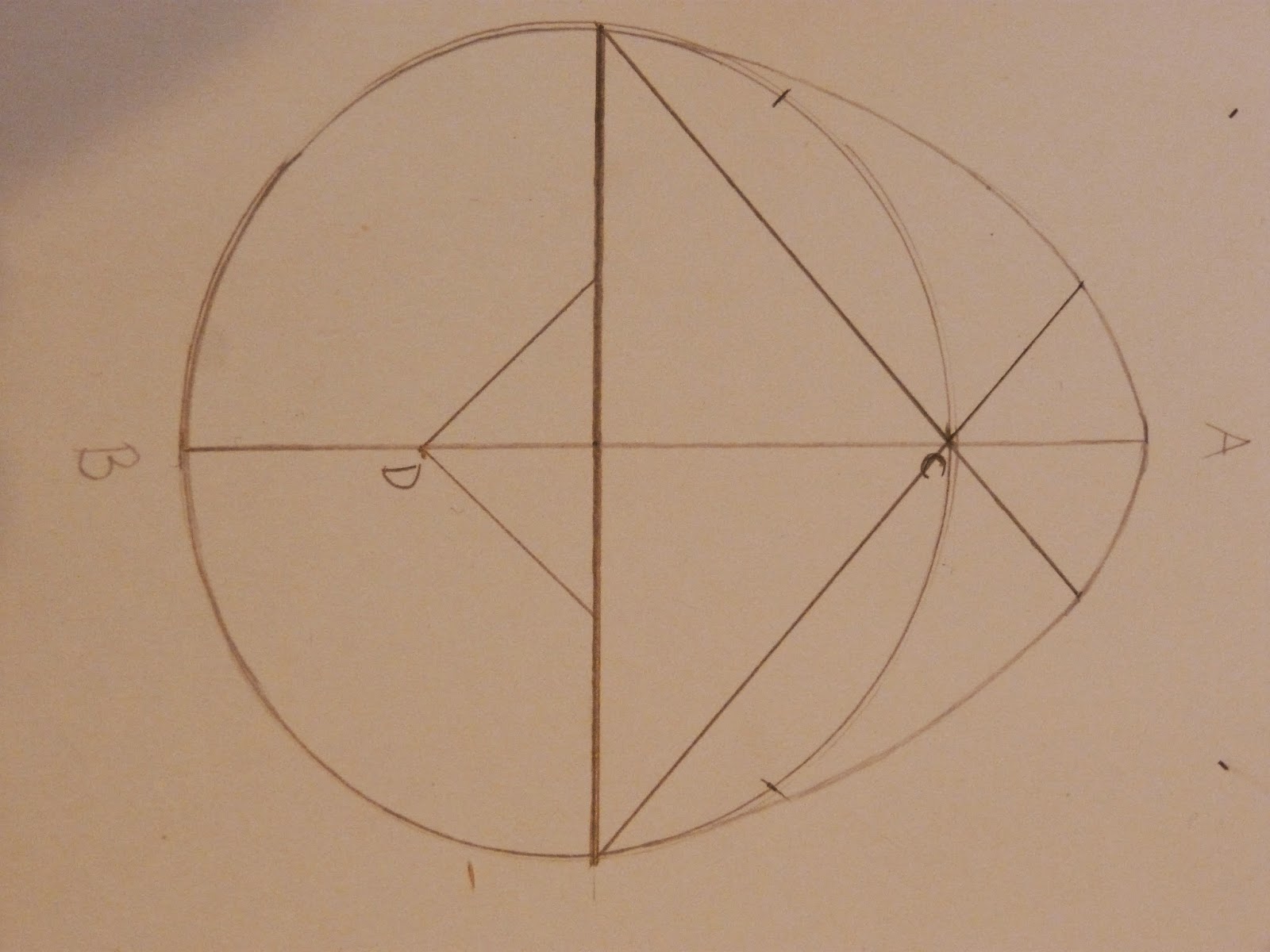 Now you have done all the hard work.  Cut out along all the lines except for the ones I have coloured Orange... 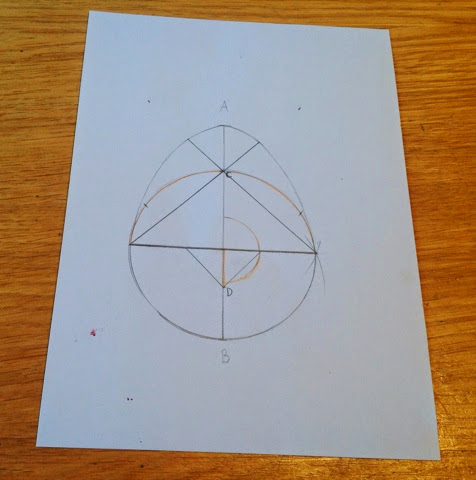 Now you can move the shapes around and see how many different bird shapes you can make with your shapes.  Try not to overlap the pieces.
Here's one we made: