Science: How to make a simple hydrometer

What is a hydrometer?


A hydrometer is an instrument used to measure the specific gravity, also know as relative density, of liquids; a hydrometer measures the ratio of the density of the liquid to the density of water.
It works because the hydrometer sinks farther into some liquids than others.  To see how it works we are going to make one ourselves! One like this... 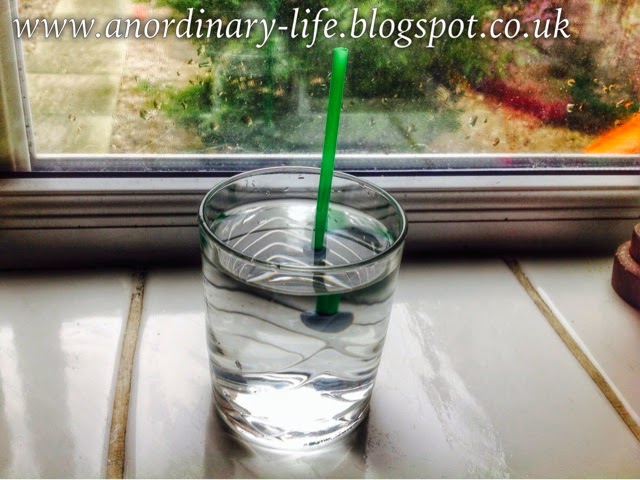 Normally most hydrometers are made of glass and consists of a cylindrical stem and a bulb weighted with mercury or lead shot to make it float upright. The liquid to be tested is poured into a tall container, often a graduated cylinder, and the hydrometer is gently lowered into the liquid until it floats freely. The point at which the surface of the liquid touches the stem of the hydrometer is noted. Hydrometers usually contain a scale inside the stem, so that the specific gravity can be read directly.
Hydrometers may be calibrated for different uses, such as a lactometer for measuring the density (creaminess) of milk, a saccharometer for measuring the density of sugar in a liquid, or an alcoholmeter for measuring higher levels of alcohol in spirits.
To make your own simple Hydrometer, you will need...

I liked to use several clear cups for this experiment to keep momentum going and avoid the children getting bored in between liquids being replaced so this is how I would do this science experiment.
STEP ONE
Put some water (we measured out 200ml) in a cup, call this Cup A - it is best to label your cup.


Put some oil in another cup (we measured out 200ml), call this cup Cup B - again don't forget to label it.
STEP THREE
Put some salt water (we measured out 180ml water and stirred in 20ml of salt until it was completely dissolved), call this cup C.  Again remember to label this clearly.
STEP FOUR
Cut a straw so it measures 10cm long.
STEP FIVE
Add enough non-air drying modelling to one end of the straw to cover the hole on one ending.
Now for experimenting!
First  HYPOTHESISE -  Predict what you think will happen - which straw will sink furthest?

Now test first cup A - the cup of water.
If you have a permanent marker you can mark off, on the straw part of your hydrometer, the density of the water.  This will make it easier for you to compare the density of the other liquids.
Write down your results and if you like your conclusion.

What did you discover?

The less dense the liquid the deeper the hydrometer will go!

Examples of other liquids you can try safely with the kids:
Washing up liquid
Juice
golden syrup
Alcohol (adult supervision required for this one)
Posted by Lisa Gwinnell at Tuesday, May 27, 2014