Science experiment: What is soil made of?

To go with our Ecology project at the moment we are looking at soil and what it is made of as well as what lives in it. This week we covered the first part.  What is in soil made of? 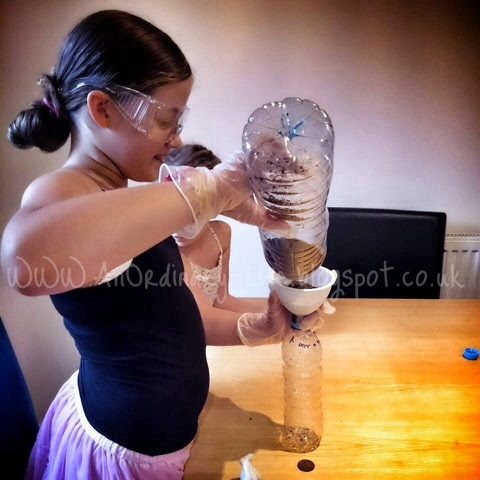 This is a really simple experiment that is hands on and requires little to no help from an adult but it does take a few days to complete.

For this experiment you will need:

Find a spot outside to dig up some soil, you will only need a little soil, enough to fill a one third of your 500ml bottle.

Add water to your bottle until it is three quarters full.

Put the lid on tightly and shake vigorously!

Repeat STEP ONE, but take the soil from a different area.

We took soil from near a tree away from water and the second soil sample we took from near a boggy area at our local park.

LABEL the bottles clearly. I used a permanent marker to do this. We marked them bottle A and bottle B.

Leave things to settle for 2 to 3 days. 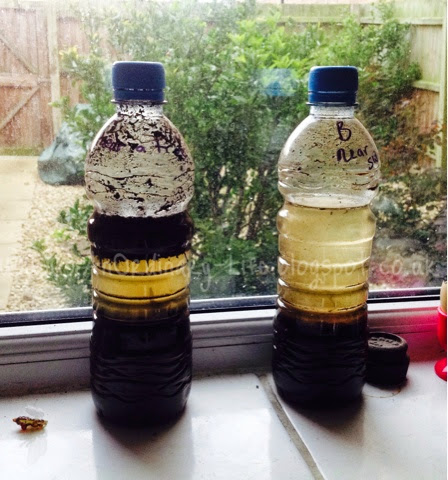 So what are we seeing.  Soil is made of 5 main different matters:

Soil is also made up of:


So back to the experiment - when the water and soil mix in our bottle settles out you will begin to see layers.  You could draw and label what you see, like in the diagram below... 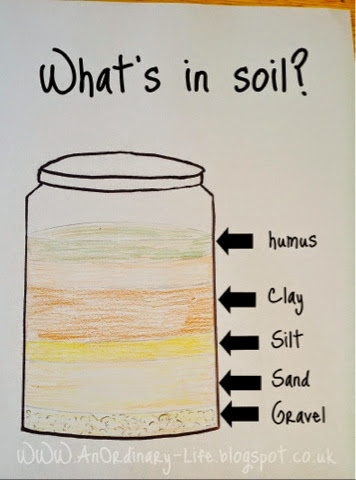 Add some maths to your science project...

You might also like to measure each layer and work out the percentage of each each of the main parts that make up soil.

For example if you measure the layer of sand and it is 1cm, if the jar is 10cm tall you will know that 10 percent of the soil sample in that bottle is sand.  You can do this for all five main parts that soil is made of and create pie charts.

Remember that soil is also made up of water, animals and air as well.

Follow on idea for this project: do this experiment with more than 2 soil samples - just remember to take the soil from different types of areas.
Posted by Lisa Gwinnell at Thursday, October 02, 2014