SCIENCE: STEP BY STEP How To Make A Working Model Lung

LET'S MAKE A MODEL OF A LUNG!   We did this at Science Crazy last week and it was a huge hits with the parents and the kids!  It is such a simple but effective way of demonstrating how a lung works! 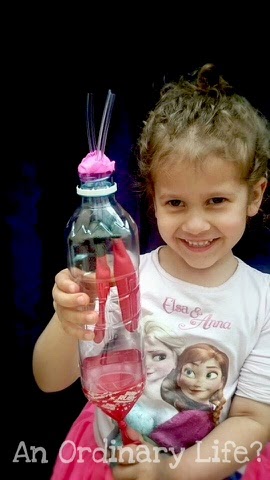 As you make your model I will talk you through the different parts of the lung.


For this project you will need:


First we need to cut the end off our water bottle.


TIP: I like using a water bottle with quite a thick plastic as otherwise the balloon can crush it out of shape. 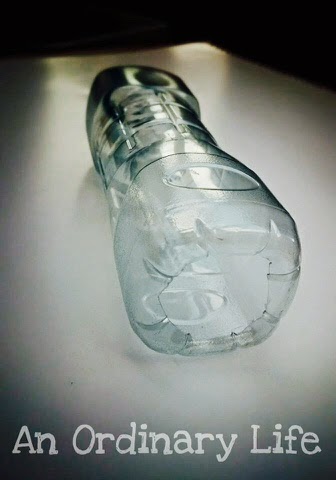 
Cut some plastic piping, you will need two pieces about 8cm long each.


These tubes represent the trachea (often known as your wind pipe). 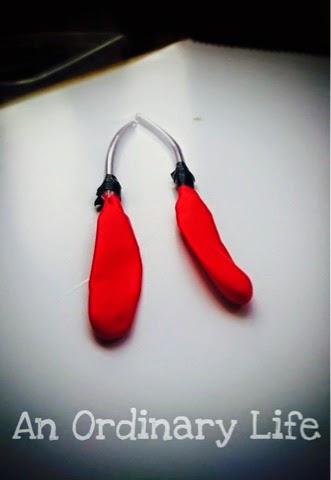 In the body the trachea is one tube that splits into two, feeding air, from your mouth and nose, into the left and the right lungs.


These tubes, the trachea, when it reaches the lungs, split into bronchi


Brochi is the plural of bronchus.


The bronchi then branch out into bronchioles, these branches then end at tiny sacs called alveoli, which is where the gas exchange takes place; this is where the oxygen (O2) is drawn into the blood and the carbon dioxide (CO2) is taken away.


Put a balloon on the end of each piece of cut tubing with about 3-4cm of the tube tucked inside your balloon.  Seal the end of the balloon and attach it firmly to the tubing using some tape.

These are your lungs where all the bronchi, bronchioles and alveoli is contained.


Put your lungs with the attached trachea (the balloons fixed to the tubes) into your bottle, and hold in place with your modelling clay like this… 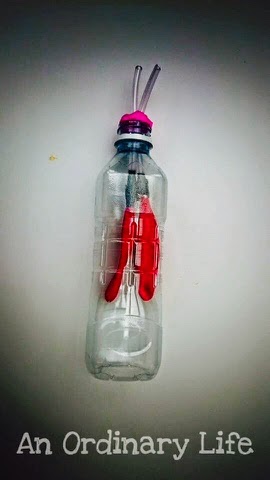 
Now you will need your third balloon.  What you want to do is tie a knot in your balloon, w ithout inflating it.  Now cut the top of the balloon off (I tried the base of the balloon in my very first attempt but it was much trickier and this way leaves you with a handle.  You will see what I mean when we have finished making our model of a lung. 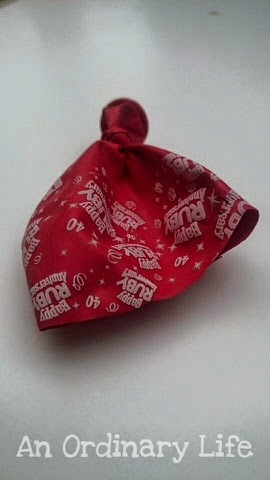 
Stretch the balloon from STEP SIX over the bottom of your bottle where you made the cut and stick it down with some tape.  This is to represent your diaphragm. 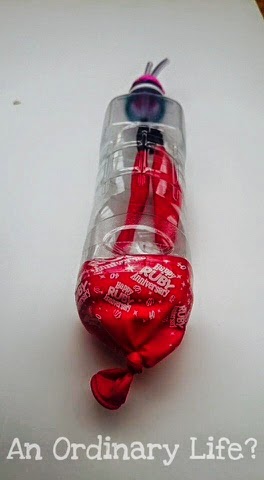 The diaphragm, in the body, is a major muscle of respiration, it’s located below the lungs and is a large dome shaped muscle that contracts rhythmically (like your breathing pattern) and constantly (else if it stopped we would stop breathing and die!).  Most of the time it works involuntarily.


The reason we needed a bottle with quite thick plastic is because the balloon used in this step that represents our diaphragm needs to have not gaps round the edge and it’s important it doesn’t rip. If there are any hole or gaps, our lung model will not work.

MAKE SURE THERE ARE NO GAPS BETWEEN THE TUBES AND THE EDGE OF THE NECK OF THE BOTTLE, THIS IS IMPORTANT SO YOUR MODEL WILL WORK.


Your model is complete.  Now here’s how it works…


Pull the balloon at the bottom of the bottle, the balloon that represents the diaphragm.  When you do this you should, if you have ensured there are no gaps around the tubing or the diaphragm, see that the lungs, represented by the two balloons attached to the tubing, inflate. Push the balloon up into the bottle, the lungs, the balloons in our case, will deflate. This is beause there is less room in the bottle because the diaphragm gets in the way, it's pushed the air out through the tubes like our diaphragm pushes air out of our lungs and back out through our air ways ( our nose and mouth). 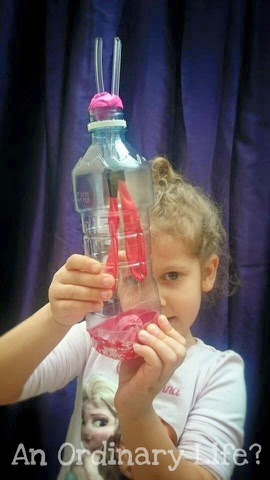 The lungs are known as the lights, this is because they are the lightest muscle in your body and it's where the term 'I'll knock your lights out' comes from!  How cool is that.  I got that fun fact from my local artisan butcher from Rose House, Ipswich.  Check him out here , his meat is amazing and he's so knowledgeable!  (I am not being paid to say this)

To learn more about respiration, try this experiment... 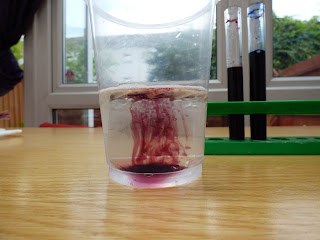