How are fossils formed?

SO, HOW FOSSILS ARE FORMED? 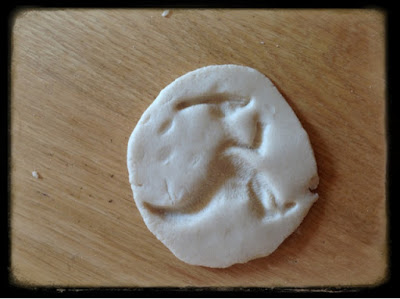 What we will be looking at in this project is how marine fossils are made...


They are the most common sort of fossil and I have tried to make this project work in a way to keep things fun!

An Animal dies, the body sinks to the sea floor - even some land animals’ bodies are swept to sea – then the flesh rots away leaving only the skeleton.

Sediment around the skeleton gets denser over time it turns to stone.

The Skeleton eventually dissolves leaving a hole, a cavity, preserving the shape of the skeleton.  This is known as a natural mould.

At this step, to simulate this natural mould we can make one using salt dough.

Stir the flour and salt together and then add the water to make a dough.  Work the dough until it is smooth and then you are ready.

Take a piece of your salt dough, a big handful, and grab yourself a small toy dinosaur.

You can put your salt dough in the oven at 100 degrees for an hour at this stage but remember to remove your plastic dinosaur first!

Minerals crystallise inside the mould, a cast is formed.  This happens because mineral rich water enters the cavity, much like the geodes.  When the cavity is filled like this it’s called a cast.

If you would like to learn more about how crystals are formed go to my post by clicking on this photo... 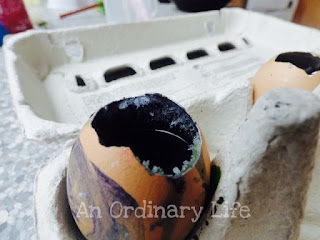 The cast is the original shape of the skeleton but has none of the internal features.

Instead of crystals, for this project I use plaster of paris as the cast.

When using plaster of paris please remember that the adding of the water causes a chemical reaction, this reaction means that it produces heat.  You should also be careful not to eat any of it or inhale any of the dust.

It takes millions of years for the fossil to rise to ground level.  This occurs during things like mountain building and earthquakes.

When the fossil does rise, eventually above water level, the rock is worn away (eroded) by wind and rain and eventually becomes visible and able to be found.