Science: How to make glue from milk

This is a fun experiment, it does involve heat so you do have to be careful and have a responsible adult when carrying out this investigation. 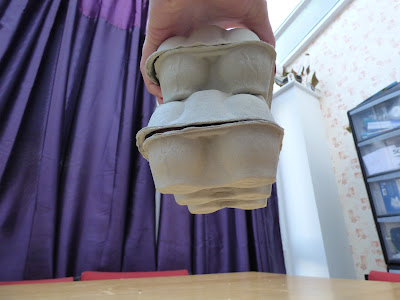 As you can see in this photo the glue we made was strong enough to stick two boxes of eggs together and hold the weight of the six eggs in the bottom box!  Pretty impressive!

For this scientific investigation I will take you through step by Step explaining the science behind it as we go.  First you will need:


By adding the acid, the vinegar, to the milk you create a chemical reaction that separates the milk; you will notice that the milk will curdle, stir it on a gentle heat and the curds, the white clump, will separate from the whey, the liquid.

Drain off the whey and add a little, 10ml or so, of water to the curds in the pan, and 5ml of bicarbonate of soda.

The curds are milk protein, called casein. Liquid casein is a natural glue. When we add the bicarbonate of soda it neutralises the acids left over from STEP ONE. The bubbles that are produced are filled with Carbon dioxide a gas that is produced during the reaction between the acid and the base.
STEP THREE


N.B: you will notice that it will foam and froth like egg whites whisked at first but this will reduce as the carbon dioxide leaves the mixture.

How strong is the glue?  How much weight can it hold? 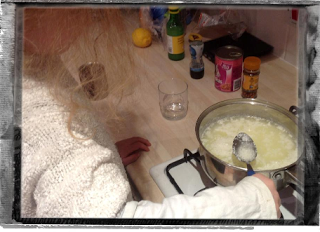