Yesterday was our Home Ed group day.  I'd come up with 4 different experiments to do with water last week, that ended up turning into 6 by the time the day came.  I felt rather organised.  I'd made a list of everything to bring on the whiteboard  - just to keep things calm, after all I have 4 little people to entertain!

As I ticked the last thing off the board I thought to myself, this seems wrong!  There must be something I've forgotten.  I had no more time to think what it might be as it was time to leave to set up.  So that's what I done.  All the way there I said to the girls I feel as if I've forgotten something.  I counted the children, 1, 2, 3, 4.  I checked for the blackberry, purse, camera, baby food...

I arrived early as I had hoped, so I was ready to set up the tables.  Everything looked great, so organised.  Then it hit me... the salt!  I'd gone and forgotten the salt!  Well that screwed up one of the experiments.  Why is it I always seem to forget something.  Any typically it was the one day the cafe in the mansion was shut, so I had little hope of finding any in time!  I asked the kind people who runs the centre if they had any salt.  They kindly gave me the small amount of salt they had which I feared would not be enough, but had to try nonetheless.

Oh how the children loved doing the experiments though.  We learnt about buoyancy using the dancing raisins.  Another really cool experiment we did was where you use a piece of straw and block each end with a bit of blu tack and then add it to a bottle of water with the lid on. The straw floats in the water but when you squeeze the bottle the straw sinks because the air pressure increases in the straw making it become denser than the water. (can you tell I got a bit into this?).  We also did diffusion showing how heat causes a faster reaction and of course the old oil and water experiment.  Well, it certainly kept them busy for over an hour.

I had some handouts I was given by physics.org too.  They were better than I had first thought and when I finally visited their site tonight, I realised how much more wonderful it was! So many experiments to do at home! Definitely something to look into especially if you're a fellow home educator like myself!

We finished off the group with some fun games whilst we cleared up and had a quick coffee - the kids had munched through all the custard creams, but I was happy settling for the coffee.  It was fun watching them play chinese whispers!

Unfortunately more salt was needed for the experiment yesterday.  As soon as I returned home the girls and I set out to explore how we could make water denser to cause a fresh egg to float.  It worked to their delight.  My eldest thought it would be a great trick to play on someone to make them think the egg is rotten.  We now have a floating egg in the dining room they loved it so much.

A fabulous day with our lovely friends!

Some snaps from the day! 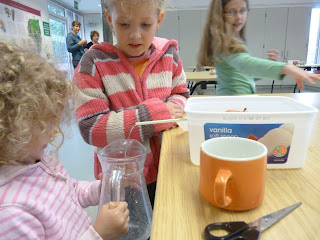 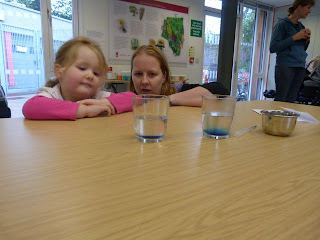 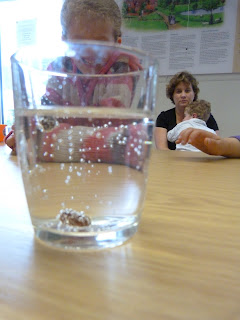 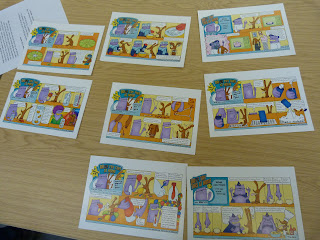 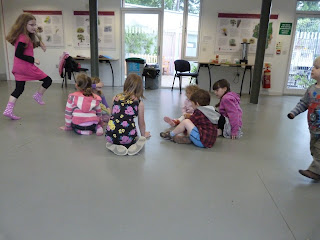