Well, like all structures a skyscraper must  be designed so that the weight of the upper parts of the building is properly supported by the parts underneath.

One way this can be done is to build a very strong central core, a bit like the trunk of a tree.  The floors of the building are then held up by powerful arching beams, known as cantilevers, which stick out from this core like a tree's branches.

You could try this mini experiment to see how it works.  You will need 6 books and several coins.  We used £1 coins but you could use pennies. 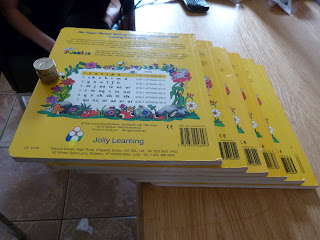 We can also do another little experiment that demonstrates how the structure of a building can be designed in a way that makes it stronger.

If you think of all those winds up there, they're far stronger than on ground level and when earthquakes occur they need to be strong enough to withstand them too.  Obviously the foundations have a lot to do with a structures stability as you can look into and experiment with the geotechnical engineering project.

So how do Structural engineers design them so they don't fall down?  After all, skyscrapers are a great way of making the most out of limited space like in big cities!

If you do fancy trying this one, first we need to make it a fair test, to do this make a couple of structures in different ways using an A4 piece of paper folded twice, as STEP ONE tells us to, for each .

First start with a simple structure with a piece of A4 paper folded into four like this... 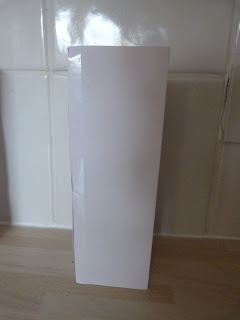 Then try making this structure!


Fold the paper in half then half again then stick together so it looks like the simple tower in the photo above.
STEP TWO 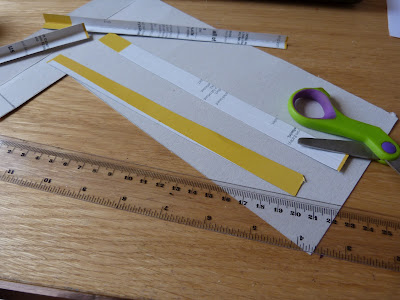 With the smaller strips make criss-crosses down the sides like in the photo below and then use the larger strips for down the edges.  This will strengthen your model skyscraper in a similar way to a real one. 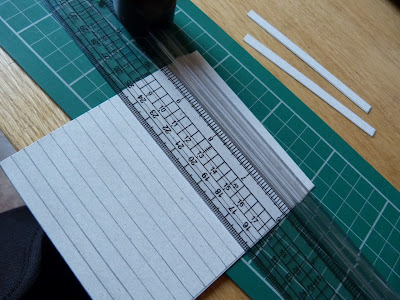 Put a cocktail stick in the centre on the side the goes against the wall and then, before you test it out, stick your skyscraper firmly to the surface so the foundations of the building won't move.  You must do the same to each skyscraper you chose to test as if they are not securely stuck to the surface this will add extra factors into your results and won't be a fair test. 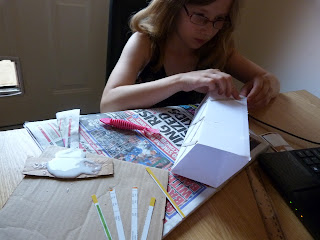 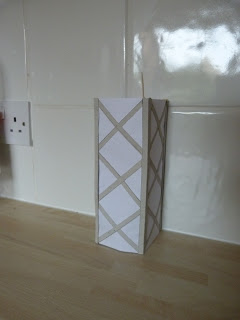 Now you are nearly ready to use the hairdryer!

First, with sticky tape set up your experiment like so... 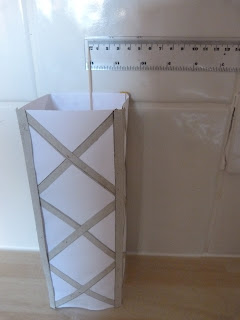 At the bottom of the structure, to make sure the foundation is really secure, you should criss-cross the tape so there are no other factors but the hairdryer involved with the stability of the structure - else the test would be unfair. (We are not testing how strong the foundations are in this test). 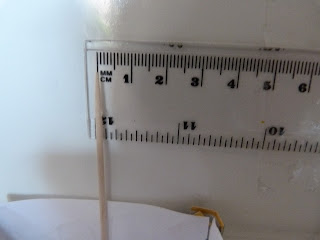 STEP SIX
Put the cocktail stick in the middle of the wall that will be against the tiled wall and then set it so it is on 0cm on the ruler.  Now do this... 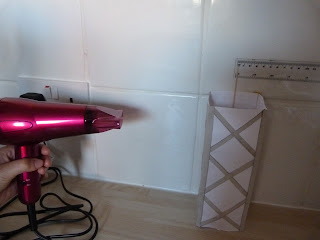 STEP SEVEN
Now try it with the one that is a plain piece of paper... 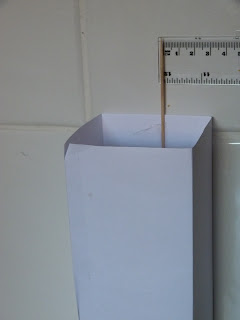 and the lean is far greater! 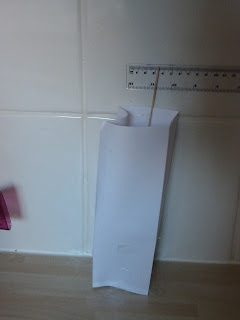 You can experiment further with this experiment and try different skyscraper designs of your own and see what words best.  Maybe add a few more strips of cardboard or go completely crazy!  I mean, think of all those wonder shaped skyscrapers out there!