I've seen a few LED projects about on the internet and after taking a little bit from here and a little bit from there and then tweaking it a bit I came up with this LED light project.  I use one as a reading light while I'm in bed and so do my girls, it's rather handy.  You could also make a stack of them to use if you ever have a power cut, you'd have plenty of battery powered light and it's safer than candles too. 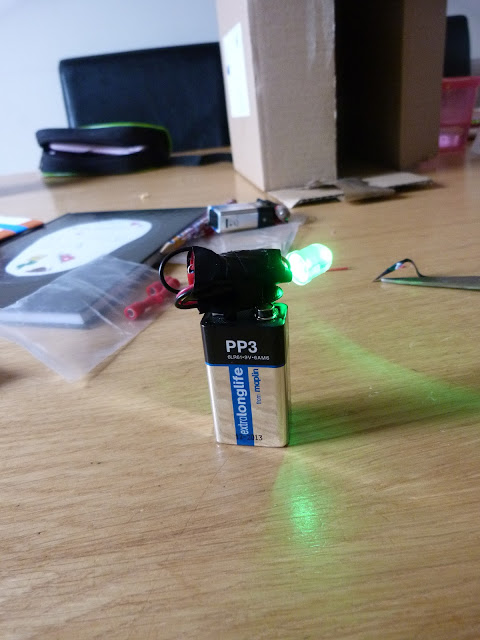 So how do you make one yourself?  Read on...


What you will need for this project is: 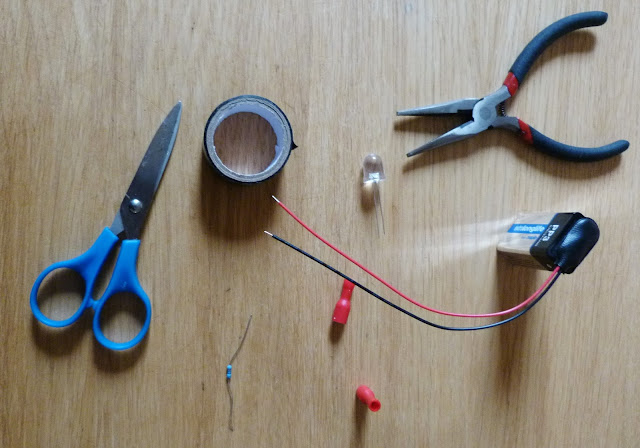 What  you'll need to do: 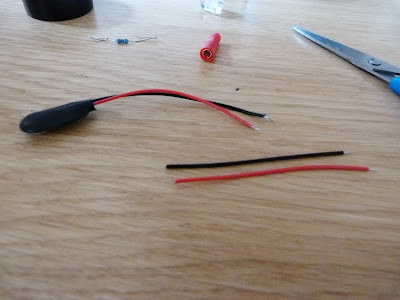 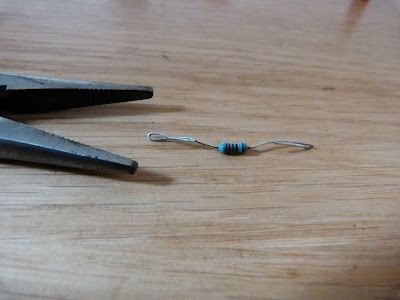 Use the connector to connect the positive wire (the red wire) to one end of the resistor like this (you will need to tighten the connector around the wire and resistor with a pair of pliers (I used wire cutters): 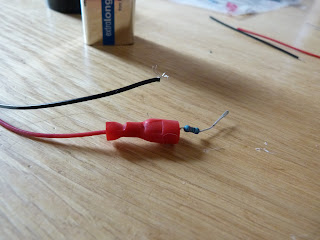 STEP FOUR
Now with another wire connector we connect the resistor to the LED like this: 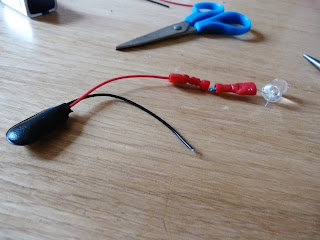 Be careful to make sure you connect it correctly though; the long side (on the left in the picture below is the positive side, which is the one you want to connect to the resistor. 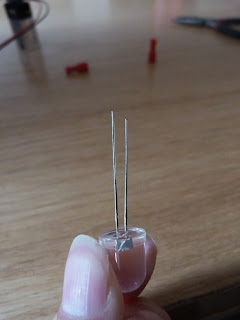 STEP FIVE
Now you  need another connector (last one) and connect the short side of the LED bulb to the black wire.  When you are sure every thing is connected it should look like this: 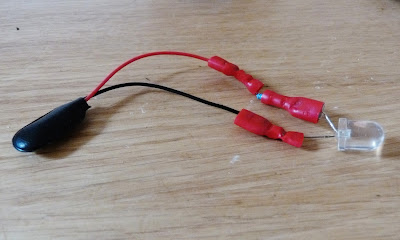 And when connected to the battery it will look like this: 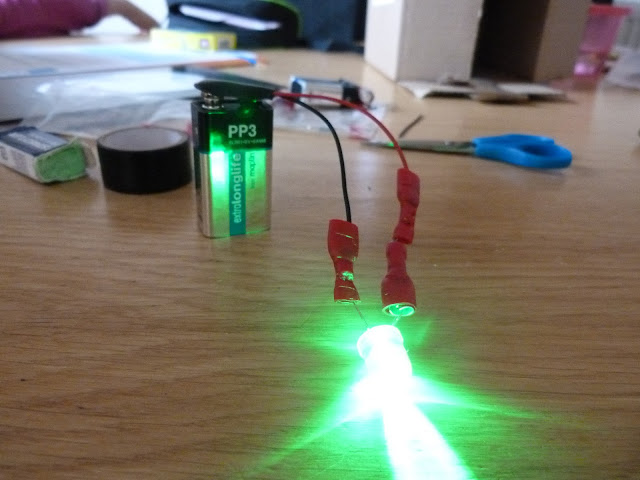 STEP SIX
As a bedside light it is still a bit messy though.  Using some electrical tape I neaten it up to look like this: 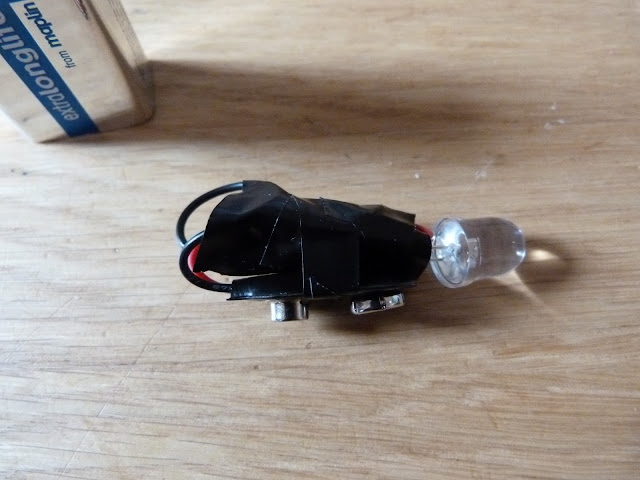 Then, when attached to the battery you have a lovely little light.

I was asked at my last home ed science group: why do you need a resistor with an LED?  The answer is, of course, that it is to limit the current in the LED to a safe value.  LEDs are diodes; they are a semiconductor device with two terminals, typically allowing the flow of current in one direction. The current flowing in an LED is an exponential function the of voltage across the LED (A function whose value is a constant raised to the power of the of voltage).  This means that a small change in voltage can produce a huge change in current.
That's why we need the resistors: resistors aren’t like that.  The current and the voltage in a resistor are the same.  This means that any change in voltage will produce a proportional change in current.  This is not at all the same with  an LED so you can't say that an LED has resistance.

The best definition of resistance in a circuit I could find was:

Ohm's law states that under certain conditions, resistance is the ratio of Voltage/Current.

or there was this one:

The electrical resistance of a circuit component or device is defined as the ratio of the voltage applied to the electric current which flows through it:


I or i stands for current and is from the french word, intensite.
Basically without a resistor the current would build up and up in an LED bulb until it explodes! So NEVER EVER connect a LED up to a battery without a resistor as it can and will most likely explode - possibly even in your face sending the plastic shards into your eyes.  This is why you need a resistor in an LED circuit.
FACT:  LED stands for Light-Emitting Diode
Posted by Lisa Gwinnell at Friday, October 12, 2012