Naomi's face was an upside down smile every time we mentioned decimals for the last few days but no more.  Now we have found such a fun way of learning how to do it even Honi has got the hang of it and LOVES it!

This is what we played.


First make a spinner.  Draw round a small bowl or a mug and then divide the circle into 10 pieces (of pie as I say to my girls)  We discussed that a full circle is 360 degrees and 360 divided into 10 is 36 so then measured each section as 36 degree angles.  Extra bits of maths involved just makes this game even better. 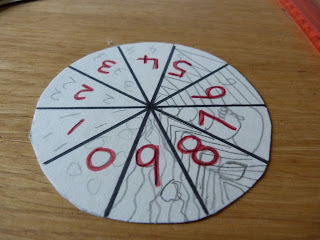 Colour the counter however you wish just make sure that the numbers are nice and clear. 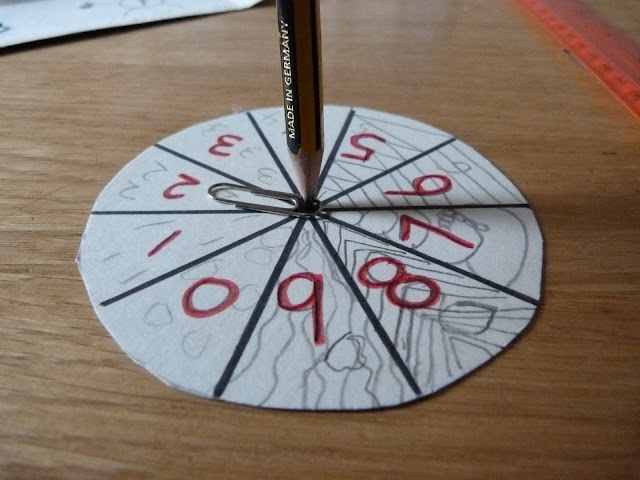 Then all you will need is a paper clip and a pencil.  To use the spinner just flick the paper clip! 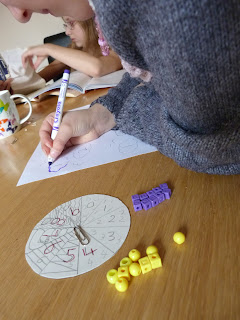 Then we made the board for the game.  You can draw anything you like: we chose clouds.  You could draw animals, dinosaurs, stars or anything really.  We chose Purple and Yellow as our team colours but again it is up to you.  Make sure you have your counters at the ready too and you're ready to play. 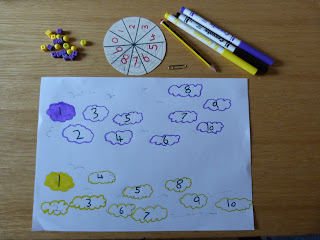 You could make your own rules up to who goes first.  Like who was the last person to do a chore for mummy around the house goes first or who woke up first in the morning, anything you like really.  Naomi went first today on the basis that is was her game; her game, her rules, her to start.  Anyway whoever starts first must spin the spinner twice the first number before the decimal point the second after.  For example if you were to spin a 7 then a 2 you'd get 7.2.  When the person has their decimal number they write it in their workbook or on a spare piece of paper then round it to the nearest whole number.  When you have rounded your number cover the whole number it turns into with a counter like show in the photo below.
The aim of the game is to get a counter on each cloud (or whatever shape it is that you have drawn).  Naomi was purple and won this game.  Yellows got a little shaken up during the game play - it was that exciting! 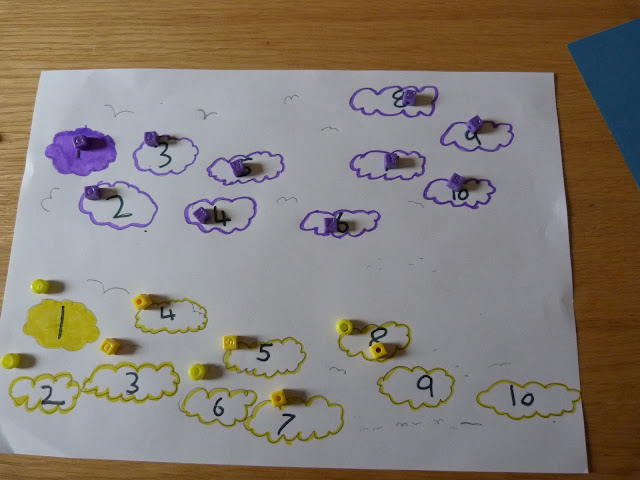 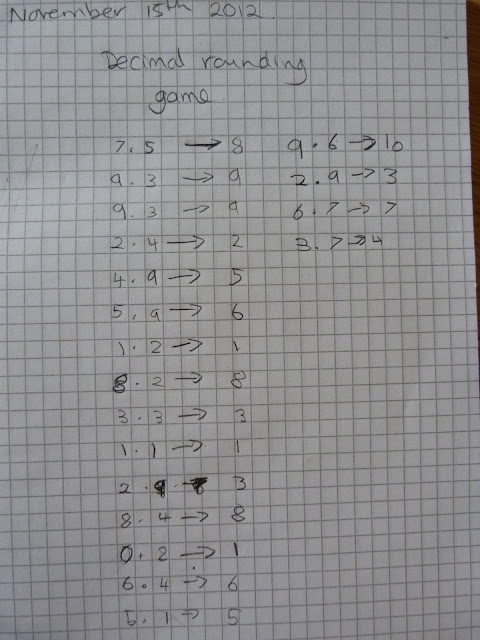 This is what Naomi's workbook looked like at the end of the game and she gets it!  Easy now she says.  Not only that but Honi, at 5 years of age, wanted to join in and guess what?  She gets it!  She was super chuffed with herself. 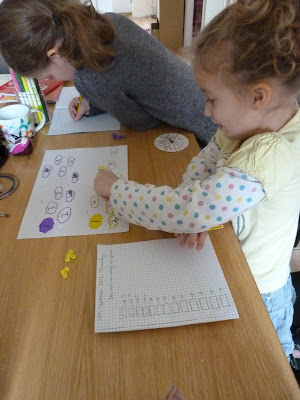