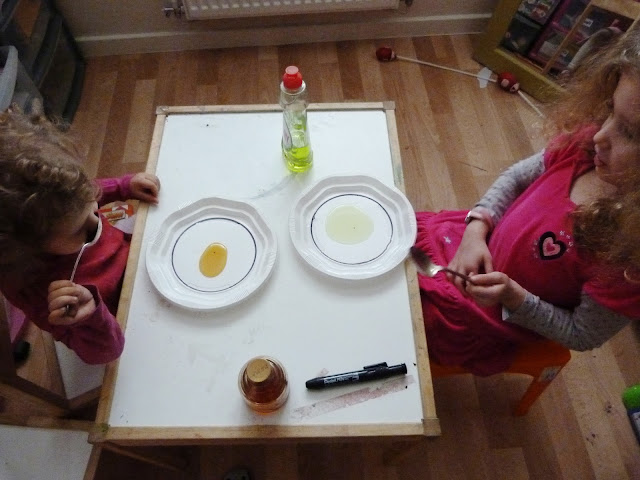 Ok We won’t be testing real actual lava, of course not as it would be far too hot!   But we will be having fun and all my four girls have enjoyed this from my youngest when she was 2 to my eldest at 10 years old.
It's a great introduction to viscosity so...
What you will need for this experiment is:

Before we start let’s do a little hypothesis –hypothesis is an ‘educated guess’ of what you think will happen before you try it out and find out for sure.  You could look at making your own science journal if you like.


We are going to put honey on one plate in the centre and washing up liquid on the other which do you think will get to the edge of the plate the fastest?


Now to experiment and see if we are right! 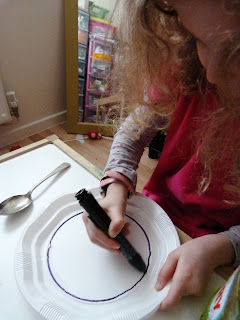 
Using the saucer draw a large circle on each plate.

Make sure you have your stop watch at hand and measure out a tablespoon of honey. 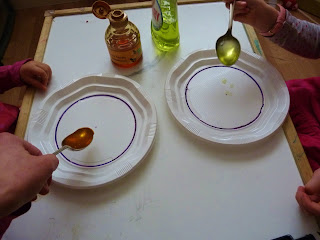 STEP THREE
Put the carefully measured bit of honey into the centre of the plate. 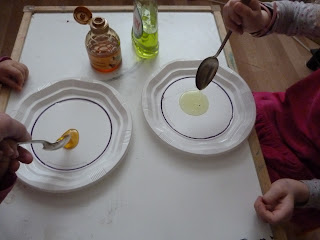 
Repeat STEP ONE to STEP FOUR with your second plate or, like we did do them at the same time, like a race against each other.


If NOT: again make sure you have the stopwatch ready at hand and carefully measure out a tablespoon of washing up liquid this time.
Pour it into the centre of the plate like we did last time and wait 30 seconds.

How far has it reached?


You should have noticed that it runs straight to the edge of the circle that was made with the saucer. 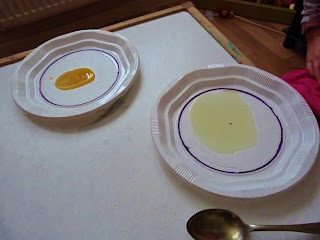