I call this the Rising Magma Experiment when I do this with my girls because I like to use this experiment to show children that like hot air rises, hot water rises when surrounded by cold water. Why?  Because hot water is less dense than cold water. I will explain that in more detail at the end of this post. 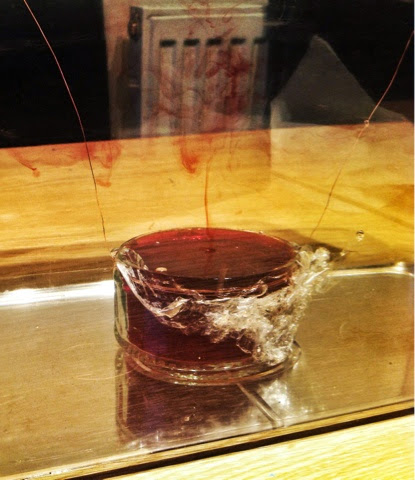 The experiment itself looks really cool and all the children I do this with say wow!  If you want to try this experiment yourself you will need:

Wrap one end of one of the 1 metre pieces of wire round the ridge at the top of the jar.  Wrap it round twice tightly and twist it to hold it in place like this... 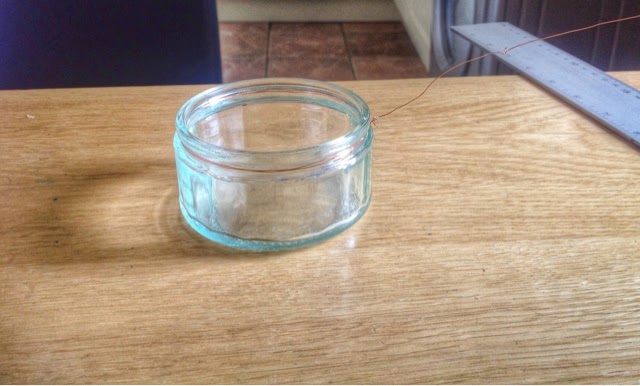 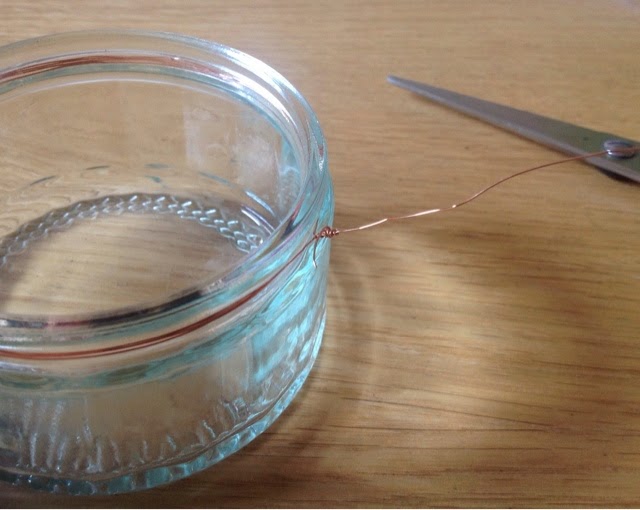 Repeat Step Two with the second 1 metre length of wire but make sure it finishes (where you twist the wire) on the opposite side of the jar like this... 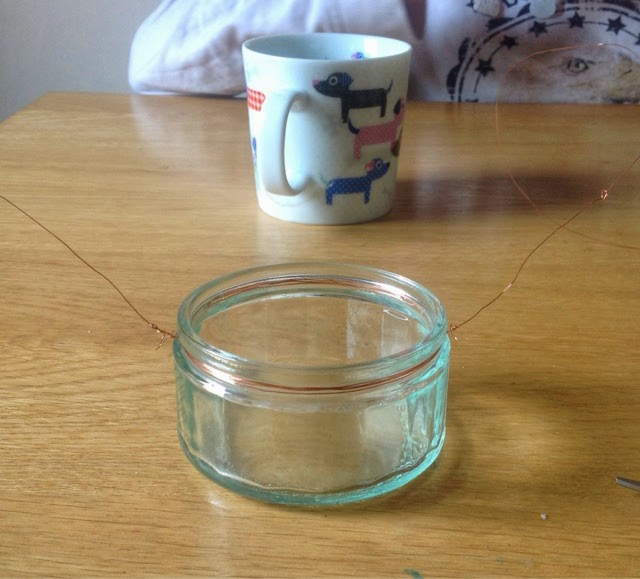 I made hoops at the end of both wires to make them into handles, this was just to make it easier when it came to actually doing the experiment

TIP: Try to make this as cold as possible. 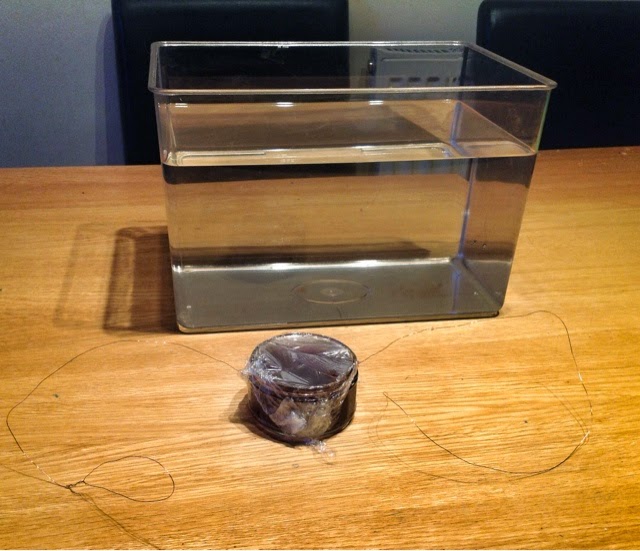 Add a teaspoon to two teaspoons of food colouring to your Gü pot.

Boil some water, in a kettle will do, and then fill your Gü pot to the very top.

TIP: this experiment will not work as well unless the water is up to the brim.

IMPORTANT: I would suggest you have an adult do this part.

Cover the Gü pot with clingfilm.  Be careful not to burn yourself on the boiling water.

Before step 8, I tell the children that the cold water will be added to the big tank and ask them to predict what they think will happen to the water with food-colouring.  They can draw what they predict, speak it or writing it. Whatever works best.

Lower your Gü pot into the cold water in the tank carefully using your copper wire handles.

With your skewer make a hole in the centre of the cling film while the pot of hot water is on the bottom of your cold water filled tank.

TIP: you may need to twist your skewer about a bit so the hole is a little bigger than the thickness of the skewer.  pull the skewer up gently and watch...

You should be able to see the red hot water moving upwards in a stream line.  This is why we coloured the hot water, so we could see it's movement clearly.

When you heat up the water, the water molecules start moving around faster and faster.  They bounce off each other and move farther apart.  It is because there is more space between the molecules the volume increases the weight stays the same so it's density reduces.

The reason for the explanation of density if because this is a density experiment.

As I have just explained, the cold water is more dense that the hot water.  The hot water is contained in jar with the cling film but making a hole some escapes and, because we use food colouring, we can easily see how it rises to the top.

You will also notice the warmer water remains at the top for a while and does not mix with the clear, this is for the same reason. 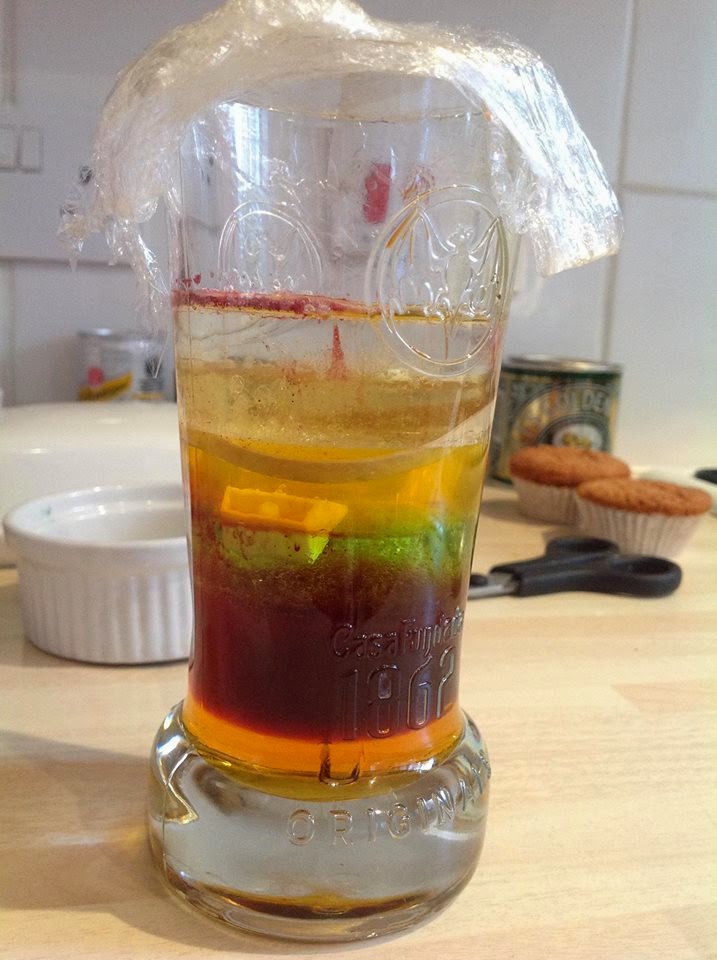 For other experiments go to my Physics page, Chemistry page or Biology page.  If you ever want to ask a question or want to talk, please comment, email, tweet or Facebook me.