Science: Measure the speed of light!

Think I'm joking?  I'm not.  It's true! With a little bit of maths and a microwave, you can measure the speed of light in your own kitchen! 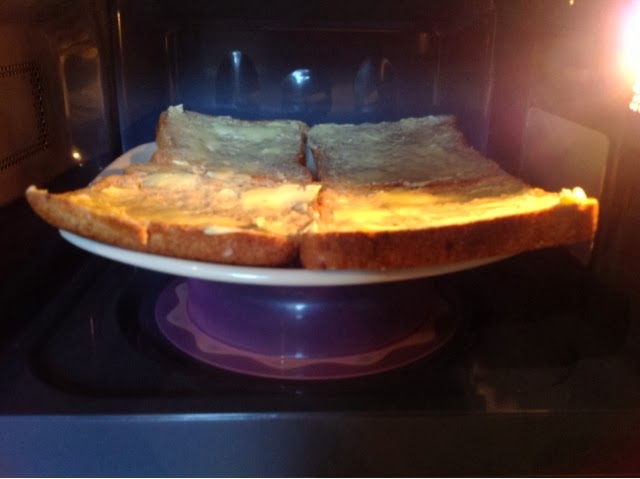 
What you need to do...
STEP ONE
Set the microwave up for the experiment by taking out the turn table and placing a bowl over the centre pillar of the microwave so that it will prevent your plate, that you will place on top of it, from rotating. 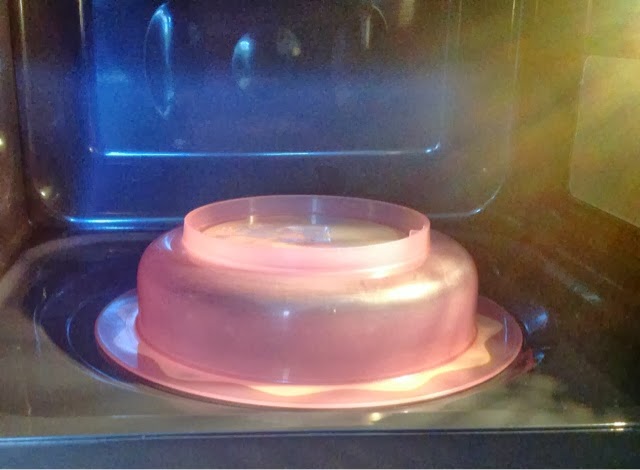 IT IS REALLY IMPORTANT THAT THE PLATE DOESN'T TURN WHEN DOING THIS EXPERIMENT!
STEP TWO
Set the four slices of bread out on your plate so they're in a neat square and spread plenty, I mean a really thick layer, of butter or margarine on them so it looks like this... 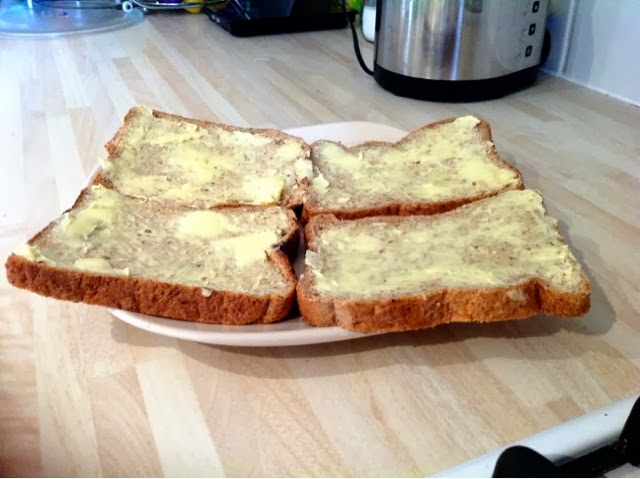 STEP THREE
Place the plate in the microwave on top of your bowl the put the microwave on FULL power for 20 seconds.
When it comes out you should notice the butter is now patchy.  This is happens because of the way a microwave works:
A microwave  produces a chain of waves on one side of the machine which reflects off the other side of the microwave then returns back to where it came over lapping with the original wave.
In the cold patches (the area where the butter didn't melt) two waves have met in a way that cancels each other out.  In the hot patches ( the area where the butter has melted) they add together.
It is the places between these cold and hot spots that we can measure to calculate how long each wave length is but more about that at STEP SIX.

These hot and cold spots show us how important it is to have the turntable in a microwave to ensure food is heated up thoroughly.


STEP FOUR
Now Measure the distance of two of the melted patches.  It should be about 12cm if you've done it right. 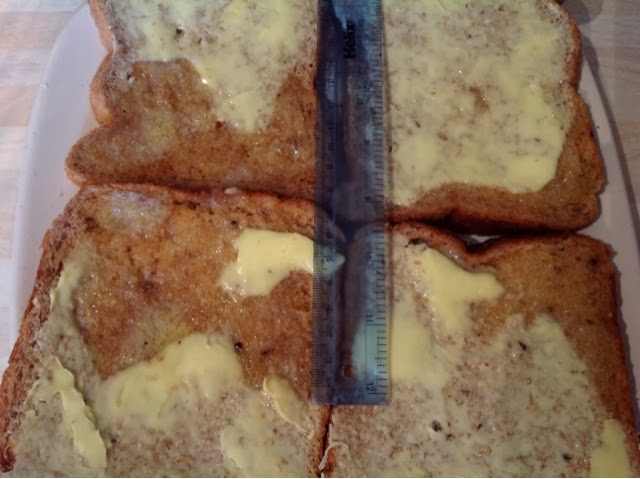 Now for the maths!
STEP FIVE
Find out the frequency of your microwave.  This is the number of waves it produces a second and should be on a sticker somewhere on your microwave - ours was on the back. Our microwave was around 2450 Megahertz (2.45 Gigahertz) which, from my research, is about the average.
STEP SIX
The measurement you made using your ruler multiply by two!  Remember this number or even better write it down. 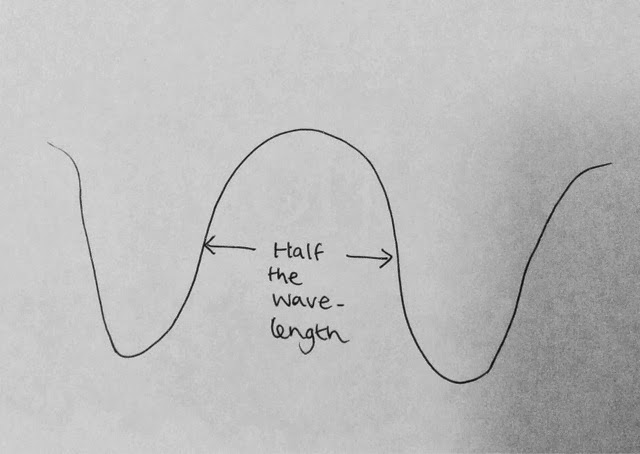 Why? You need to double it to fine the length of the microwave because the distance between the peak and a trough is always half of a wave length.

You can go further and divide it by 100 (knock two 0's off) to find the speed in metres per second.  It should work out somewhere round 300 million metres a second.
Go further and divide it by 1000 and you'll have Kilometres per second which will be around 300,000 km/per sec.
Honi, my 6 year old, got an answer of 318,000 km/per sec when she measured the speed of light and loved it!  I've never seen her enjoy maths so much!
I have read about and researched further and this should also work with whisked egg whites, marshmallows and chocolate!