SCIENCE: Step by step experiment - how wind is made!

For a while now I have been wanting to do a few science experiments to show my girls how weather works in a practical hands on way.  Finally I am getting round to it... 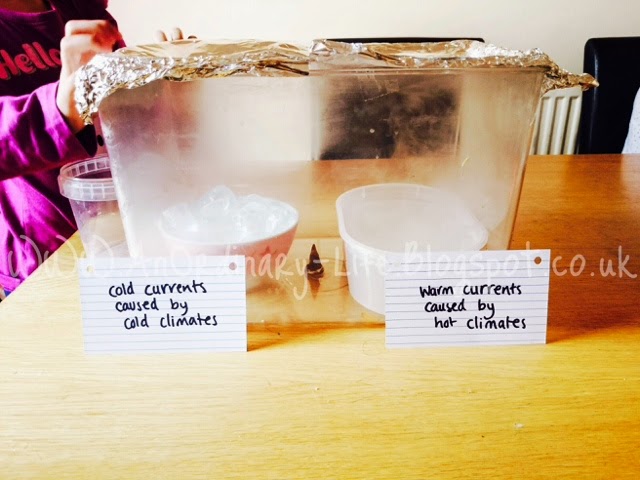 Last week we looked at different climates and their affect on the world.  This of course lead to how wind is created.  So, I have been pondering on ways of creating this effect at home, a way that makes it fun and keeps all my children.  This is what I came up with; in this experiment we did today we learnt how earth's winds are created with a simple experiment - no blowing required!


What you will need for this experiment: 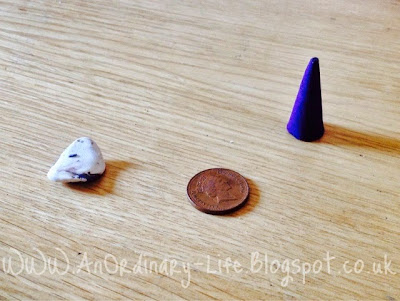 How to do this experiment:


Prepare your fish tank: with the lid off put a bowl filled with ice on one side and put your other bowl, empty, the other side of the fish tank, then pour boiling water from the kettle into the empty bowl.
I would suggest pouring the boiling water into the bowl when it is already in the fish tank for safety to reduce the risk of scolding - I would also highly recommend that a responsible adult does this part.
STEP TWO
Get your penny, incense cone and modelling clay.  Put the modelling clay on to the coin and use it to stick your incense cone to it. 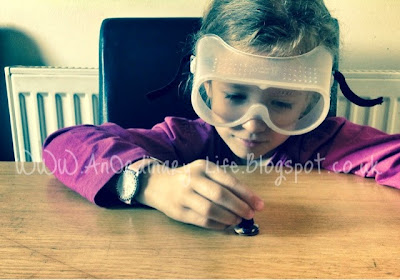 STEP THREE
Place your incense cone carefully in the centre of the fish tank between the two bowls.
STEP FOUR

With your lighter, light your incense cone.

STEP FIVE
Cover your tank with the foil, the smoke will build up but if you watch carefully for the first few moments you will be able to see that the smoke moves in swirling pattern.  This is because we have created our own wind!

How does it work?

Wind is air in motion, it is created due to the different climates around the world, the colder ones, the Arctic and the Antarctic for example, and the hotter climates, the area around the equator line being the warmest.

The warmer climates (near the equator) create warm currents and the cooler areas like the Arctic, create cold currents.

The reason the poles are colder than the equator is due to the tilt of the Earth on its orbit, this is why we have different seasons.  Areas that are directly below the sun is where solar energy will be most concentrated and areas that are at a large angle to the sun are spread out.


The colder air is denser than the warm air (as air heats up there is less air particles per CM squared - to learn more about density go to my post: What is density?) Because the hot air is so much lighter the cooler air, the cooler air pushes it upwards out of its way, this pushing causes the air to move and when air moves WE HAVE WIND!

Wind is an imbalance in pressure trying to correct itself.

In this experiment we  have a heat source, our bowl of boiling water, and a sink (cold air sinks) in this case our bowl of ice.  The hot water heats the air in contact with the it, this causes that air to become rise and become buoyant (less dense than its surroundings).

What I hadn't noticed before it was pointed out to me by a meteorologist on Google+ is that you also have a moistening of the air due to evaporation. This is more of what I have learnt - This moisture contributes to lower density and greater buoyancy. As the air parcels rise, this creates a disturbance of low pressure near the water.  Wind blows from high pressure to low pressure in most cases and so we expect wind to be blowing toward the boiling water.


The ice cools the air and will create an outward flowing density current but the boiling water should be the larger contributor.  This type of convection can be observed at the beach as a sea breeze.

Change the place you put your incense cone:

Does this make any difference to the swirling patterns?