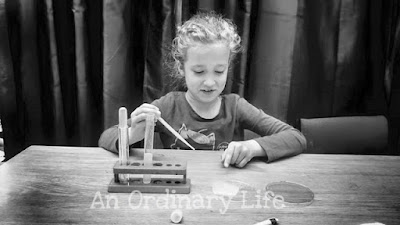 Chemicals are made up of atoms, atoms contain ions – ions are electrically charged particles, they are formed when atoms loose or gain electrons.  Ions of alike repel and opposites attract, much like magnets!


Electrons are particles of negative change.


In an atom, electrons form a negative charge that balances out the positive charge of the protons in the atomic nucleus.


Electrons are extremely small, they are about 1000 times smaller than a proton.


One of the safest experiment you can perform which will give you the result you need is Citric acid and Bicarbonate of Soda and this is how to perform your experiment...


Put your goggles on then add half a test tube of water to two of your test tubes.


Add 5ml of citric acid to one test tube.


Add 5ml of bicarbonate of soda to the other test tube.


Put your stoppers on your test tubes and gentle swirl them a bit until all has been dissolved in the water.


Now they are aqueous! Aqueous is a term used in science meaning a substance is dissolved in water.


Using your pH strips first test the citric acid and then the bicarbonate of soda.  Write down your results if you like.  I like to keep a science notebook for this.


Using your pipettes and the petri dish (or, as I have said in the list above an old lid or small dish) Take a small amount, about 3ml of the citric acid and put it into the petri dish.


Now using a different pipette extract some of the bicarbonate of soda from one test tube, try 1ml at a time and put it into the petri dish.


What happens?  It fizzes.  Wait for that reaction to calm down then test the pH again. 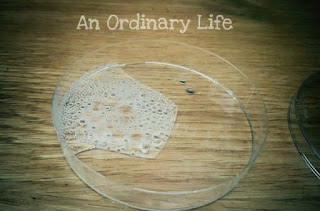 
If it’s still an acid, add another 1ml of bicarbonate of soda and repeat STEP EIGHT.  Keep repeating these steps until the solution becomes neutral.

Other options for this experiment:


If you don’t have any test tubes you can use glasses or plastic beakers instead.


Instead of the petri dish you could use a third test tube or an old lid from a jar.


Citric acid and Bicarbonate of soda


Citric acid is a tripotic acid – this means it’s an acid that has three ionisable hydrogen atoms in each molecule – therefore the ratio between citric and bicarbonate of soda is 1:3.


We use neutralisation in the real world to balance out the acidity in lakes and soils caused by acid rain.  To do this we use the alkali, Calcium hydroxide.


This method is also used by gardeners, acids are also added to the soils sometimes if an acidic soil is needed.  You might like to check out my experiment: Soil pH Test 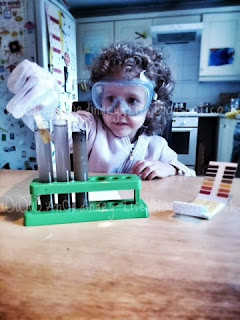