Yesterday, we had great fun with this experiment.  Today we've been looking into the science of it so here it is shared.  Really it's better if the two balloons gently touch but you get the idea.  The most important thing about these experiments is to have fun when doing them after all.  If you would like to have a go this is how to setup your kissing balloons experiment...


What you will need:
How to do the experiment...

STEP ONE
Blow up two balloons.

STEP TWO
Attach a piece of sting to each balloon.
STEP THREE
We balanced a broom stick (you could use any other long pole) across the back of two chairs.

STEP FOUR
Ensure that the two balloons are 6 inches apart.

STEP FIVE
Make sure the balloons are at nose height.

STEP SIX
Gently blow between the balloons.  Not at the balloons though.  Try blowing a little harder if it doesn't work at first until you have the result you are looking for.

The balloons touched as if they were kissing!  When you blow between the balloons, like magic, they get closer together until they touch.

Here a couple of diagrams to help you see what happened... 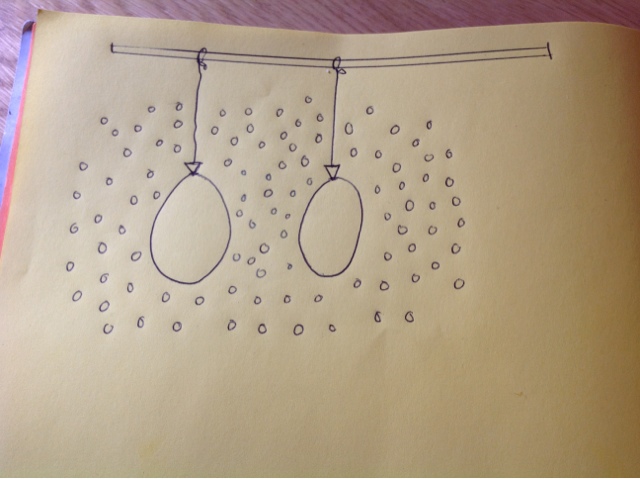 In the first diagram we can see all the air molecules are the same amount all around the balloons. 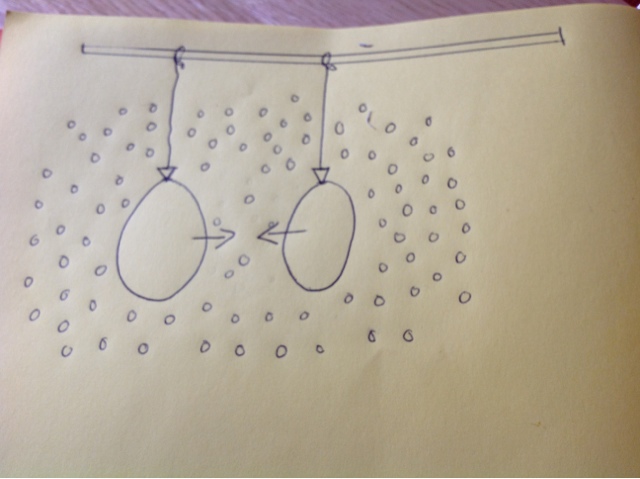