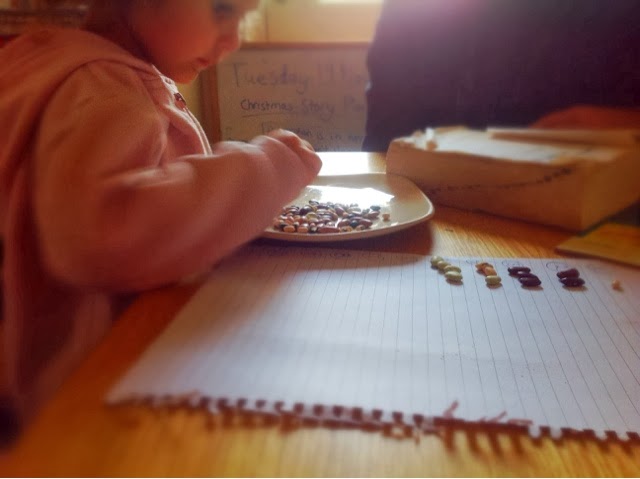 My three year old, Harmonie, is really wanting to learn so much more now at the table.  She loves her workbooks but I find that she's needing much more practise with her counting at the moment.
I had seen one of my Facebook friends using beans for maths, they were doing something a little different but when I saw a packet of beans in front of me and a miserable Harmonie I had an idea...


Now with my first 3 children counting was easy, it happened naturally, I don't even remember 'teaching' them to count at all but I am noticing that I am having to think about it a lot more with Harmonie.
I think it might be that she is taking so much more in; I think there is so much more stimulation going on with her sisters all around her and so much more learning as she's picking up on everything they are doing too!
Of course we sing counting songs like 1, 2, 3, 4, 5 once I caught a fish alive, 2 little Dicky birds and 10 green bottles.  Even so, yesterday, when she was feeling rather restless (and not in the mood for singing) she found this quick and simple activity that I put together most fun... 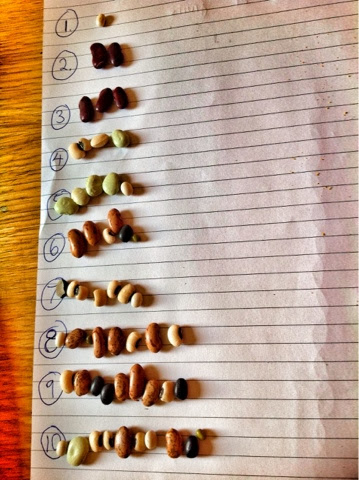 It is as simple as it looks.
If you need to, I would recommend to help them as I believe a frustrated person is not a happy learner.  Harmonie didn't get frustrated but she really enjoyed her Daddy helping her count and it made it in to a fun game for her.
When you're finished you can do it again or glue it down or even let them use the beans to create a picture of anything they want.  My Harmonie just enjoyed picking them up and gluing them.
You could also do this with tweezers.  Harmonie has some special ones she likes to use but I couldn't find them anywhere yesterday despite knowing I had seen them the day before.  No doubt they will turn up at some point! 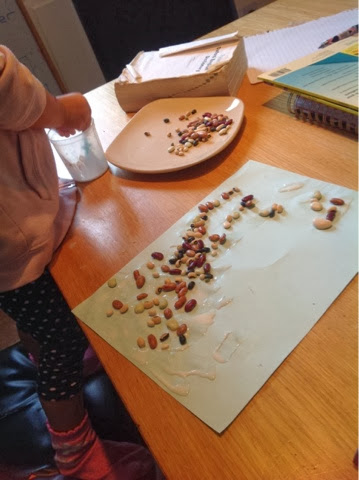